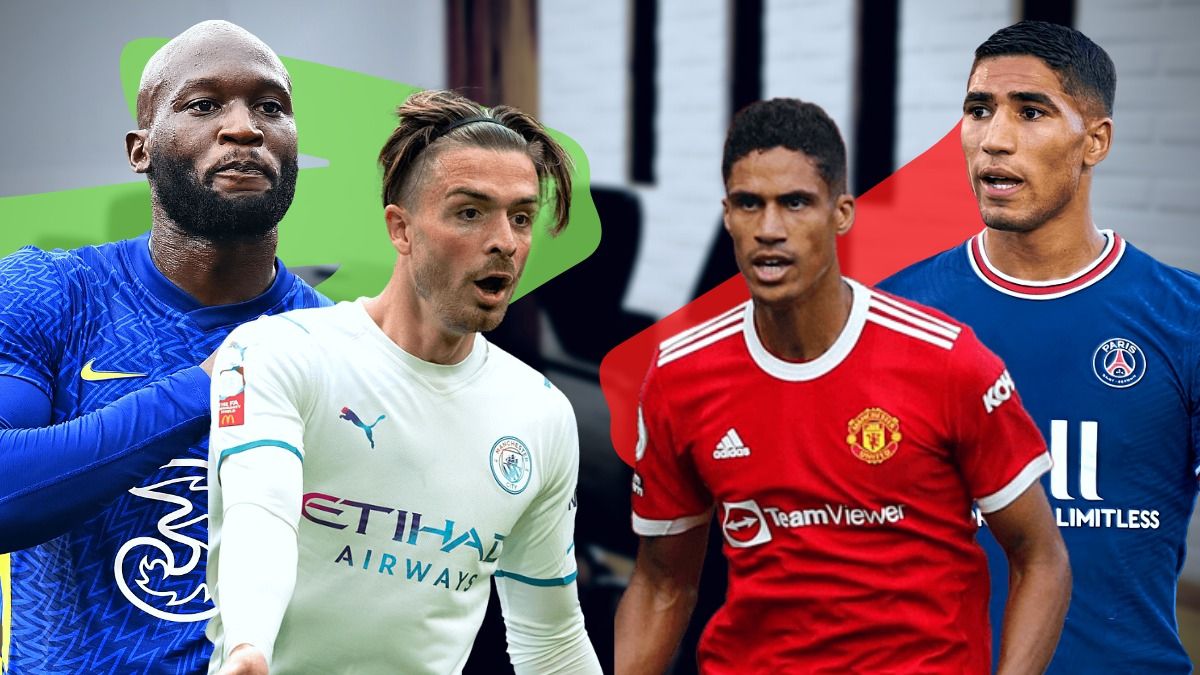 Money does not bring happiness and, in football, although it helps, it does not guarantee success. Many are the great signings that crash with the

Money does not bring happiness and, in football, although it helps, it does not guarantee success. Many are the great signings that crash with the wall of expectations. In LaLiga we have clear examples with Hazard, Dembélé or Coutinho, without going any further. And it is that, having a great economic biceps does not imply making sure to flee from the ‘skids’. There is no better sample than the recent summer. A look at the ten biggest investments of the summer period It serves to illuminate a reality from which only Ben White, signed by Arsenal in exchange for €58.5 million, is saved: the super signingsUntil now, they are under suspicion.

We start with the most expensive signing in the history of the Premier and, therefore, of Manchester City. Pep Guardiola fell in love with peaky blinders of soccer. With his stockings lowered and his shin guards as a child, the one from Birmingham was a prophet in his land. He turned Villa Park into his own amusement park with his pranks starting from the left wing. The adaptation to a system as changing and particular as the citizen It is not easy, even if your landing is endorsed by the conductor. Three goals and three assists at this point, but the sensations worsen the numbers. Substitute in three of the last five league games, the alarms sound. Of course, there is time for Jack to wake up, the stars do not usually kiss the saint when arriving at the Etihad (Mahrez, Sterling…).

Tuchel revived Chelsea in time and made him European champion. The rebirth came from the defense, based on long-distance wingers, three rocky central defenders and an indestructible and mobile midfield (Kanté and Jorginho). Was there a piece missing? a ‘9’ of guarantees in the face of Timo Werner’s aiming problems. this is how it came Romelu Lukaku, who was returning to Stamford Bridge. The Belgian sat the chair at Inter de Conte, with a scheme similar to that of Tuchel. The puzzle was completed, or not. Three goals in his first three league games. Since then, only two more (and another three between Champions and Carabao Cup). ‘Big Rom’ was losing his undisputed poster and an unexpected interview set the scene on fire, as he recognized that he would like to return, sooner rather than later, to Inter. The public handshake between player and coach has arrived, burying the hatchet, but Chelsea expect much more from Lukaku than those eight goals and two assists in 24 games.

A lot of time chipping away at stone until, finally, Manchester United convinced Borussia Dortmund. The previous summer they fought to the horn to get Jadon Sancho, but months ago they made the dream come true. Manchester City youth squad, English, young, consolidated in the elite and completing an eleven with a great future and a great present. Again, the recipe is missing some ingredient. At Signal Iduna Park he was the ideal partner, making attendance his way of life. 64, accompanied by 50 goals, in 137 games. In Manchester he has the counter for decisive passes at zero and has only managed to see the goal twice. Sporadic holder, the irregularity of the Red Devils It doesn’t help, but neither Solskjaer nor Rangnick, who has put youth squad Elanga ahead, have found the juicer the London winger needs. Criticism grows as the course progresses.

At the beginning of the course he was the only bright signing of PSG’s titanic summer. Wijnaldum, Ramos, Messi, Donnarumma… Brilliance and, in some cases, minutes were lacking. This was not the case with Achraf. Unstoppable dagger at the dawn of the season. A goal and two assists in the first four days of Ligue 1. A brace against Metz in the seventh. until little by little it was losing gas. The general defensive instability of the team, of which he complained, does not help, but the band is no longer his private highway and after his explosive start he has only been able to provide one more assist. There are not a few voices that advocate a change of scheme by Pochettino. Use three central defenders when Ramos is at his best to give flight to the Spanish-Moroccan and Nuno Mendes, another signing that does not explode, on the wings. At Inter and Dortmund he triumphed like this, perhaps it is the necessary springboard to regain propulsion.

Mikel Arteta wanted a central defender and got one of the most desired players in English football. Ben White he conquered Marcelo Bielsa in Leeds for promotion to the Premier and in his first year in the top category, already with Brighton, he showed that he has a defense for many years. Good ball output, something key for the Basque coach, versatile (he can play as a winger and pivot if necessary) and efficient in the open field. His performance made him earn a call for the European Championship and in the Emirates no one remembers its high price anymore. Even Arsenal’s initial doubts didn’t shake him. Undisputed starter, in 24 games he has taken command of the defense gunner. He makes a formidable couple with Gabriel and Arteta himself has recently praised his figure: “He is very demanding with himself and is always willing to improve. The skills I saw in him when I signed him are evident”.

Real Madrid or Manchester United sounded, and a lot, when the termination clause of the French center-back came to light. 42.5 million that made him an affordable bet for any great. Potential and instant performance assured. His excellent Champions League tie against Atleti made him visible. A) Yes Bayern arrivedused to fishing in the Bundesliga when some outstanding footballer gets within range. In Munich he is enjoying continuity, 23 games played, but not regularity in his performances. He must, the latter, accompanying him also in the energetic team. Capable of the best and the worst, the one from Évreux he needs to leave behind some punctual failures if he does not want the Allianz to jump on him. You have the conditions, but you need to order them to put them into practice properly.

Ramos and Varana. Varana and Ramos. The central couple that elevated Madrid in recent years came out hand in hand the same summer. If the camero ended up in Paris, the one from Lille chose Manchester United. He decided not to renew a contract with the whites that ended this coming June and it went down its price up to 40 million disbursed. The Red Devils they needed a partner for Maguire to give him the speed and ball output that the England international lacks. Said and done. But nevertheless, Varane has not landed on his feet at Old Trafford. I wanted a new challenge, and what a challenge. The instability of the club is taking its toll on the Frenchman, who does not escape the criticism that accompanies the Mancunian team. What’s moretwo injuries, one inguinal and one in the thigh have not allowed him to have continuity (only ten games in the Premier). If United want to wake up, they need the best Varane. If the player wants to do it, he needs a better United. We’ll see if Rangnick hits the keys.

The three players who complete the top-10 are Tammy Abraham (24 years old, €40M from Roma to Chelsea), Ibrahima Konaté (€22.40M from Liverpool to Leipzig) and Emi Buendía (€25.38.4M from Aston Villa to Norwich). The first was a side effect of Lukaku landing at Chelsea and Mourinho’s need to get ‘9’. He started hesitant, but the Conference League, where he has 6 goals, made him gain confidence. In Serie A he reaches 8 goals for a total of 14 in all competitions. Although more was expected of him, his numbers support him.

Konaté’s arrival at Liverpool responded to the extreme need of the reds to strengthen their defense, after the barrage of injuries of the last course. This season they have all returned and Ibrahima comes in and out of the elevens, but his bet is with a view to the future and there is no doubt about him. It is expected to be the Van Dijk’s undisputed partner as soon as he definitively surpasses Matip. At the moment, 13 games and good feelings.

By last, Emi Buendía, who is weighing the label of successor to Grealish at Aston Villa. He fell in love with Norwich, being the best player in the Championship and opted for the villainous offer. He is having continuity, 21 games, but not the expected performance (two goals and three assists). Arsenal bid for him before launching himself at Odegaard, a good example of the cartel with which he arrived at Villa Park. Gerrard has a duty to make him shine.

Real Madrid – Shakhtar | Champions League: Benzema: “It is normal that the fans want us to play football well”
Chelsea: The curse of the ‘9’, Lukaku returns to Inter
Haaland is in no hurry – Sport-Journal
FOOTBALL 2715