100 years after the birth of Jake LaMotta: who was the historic boxer “Raging Bull” 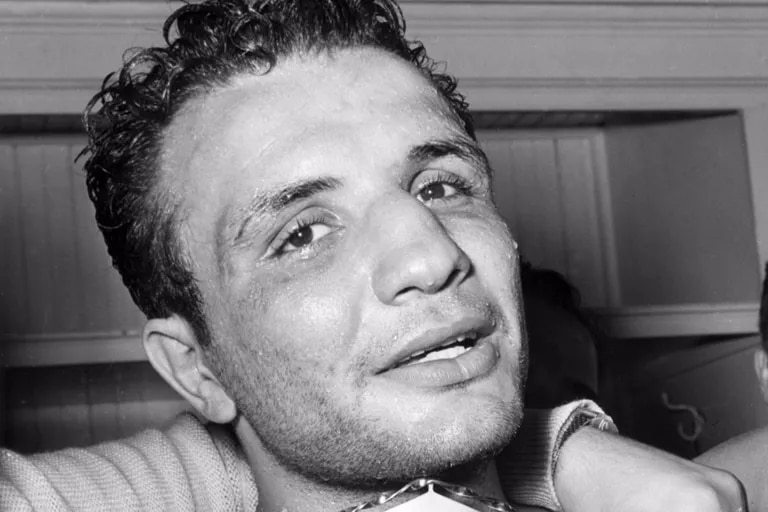 A day like today, a July 10 but exactly 100 years ago, the former boxer was born in the United States Jake LaMotta. World champion in the middlewei

A day like today, a July 10 but exactly 100 years ago, the former boxer was born in the United States Jake LaMotta. World champion in the middleweight categorystarred in historical fights and his life was taken to the cinema by the hand of Martin Scorsese and Robert DeNiro. As a tribute, the keys to his life and his legacy as a fighter.

Jake LaMotta, was one of the great boxers of the 20th century. Of Italian descent and a native of the Bronx, one of the poorest neighborhoods in New York, tells the story that, being just a boy, he was forced by his father to fight with other boys of the same age. With this, little Jake obtained some coins that were destined for the family economy. After spending time in a reformatory and with a little criminal history in towLaMotta began to walk the path of boxing professionally.

Between 1941 and 1954 he played a total of 106 boutsof which are counted 83 wins (30 by knockout), 19 losses and 4 draws. Throughout this period, he established a great rivalry with Sugar Ray Robinsonanother of the great figures of American boxing.

LaMotta was the first to beat Robinson in his career, a fact that constitutes his first great sporting achievement. Then the eldest of all would arrive, the one with the world championship in the middleweight category. The boxer got it June 16, 1949 by defeating the Frenchman by technical knockout Marcel Cerdán. After this, he managed to successfully defend the title twice and fell on the third, precisely against Sugar Ray Robinson.

owner of a extremely aggressive and reckless styleJake LaMotta combined sports successes and losses with a personal life full of conflicts and difficulties. The personal problems and his struggle to find the proper weight before each fight they were accentuated in his times as world champion. Already retired and become a humorist, he considerably increased his size and again had problems with the law.

Jake LaMotta (right) in his fight against Marcel CerdanCourtesy AP

In 1970 he published his memoirs, Raging Bull: my story. A decade later, it was brought to the big screen under the direction of Martin Scorsese and with the leading performance of Robert DeNiro.

In Scorsese by Scorsesethe book of interviews edited by Ian Christie and David Thompson and published in Argentina, the director of cabdriver and Good boys He states that, in his opinion, “Jake had used everyone to punish himself, especially inside the ring.”. He also maintains that “he punishes himself for something he thinks he has done wrong” and that “when he is put in prison he meets a wall and, for the first time, the enemy“, What is it “the same”.

In line with all this, Scorsese takes the opportunity to quote what is one of the most recurrent phrases used to describe LaMotta, which is the one that says that “Jake fought like he didn’t deserve to live”. But LaMotta lived and, despite all the adversities, such as seeing two of his children die, he did so until his 95 years. Finally, passed away on September 19, 2017 in the U.S.

Spence vs. Ugas today: Errol Spence vs. Yordenis Ugas, live: Result of the boxing fight for the unification of welterweight titles, live
Boxing delivers bronzes in Popular Games for Guanajuato, soccer in the fight for medals
“The only two options”: Ryan Garcia announced the result of his next fight
BOXING 3610