1,500 tickets sold for the match; corteo, charanga, paella and DJ in the preview 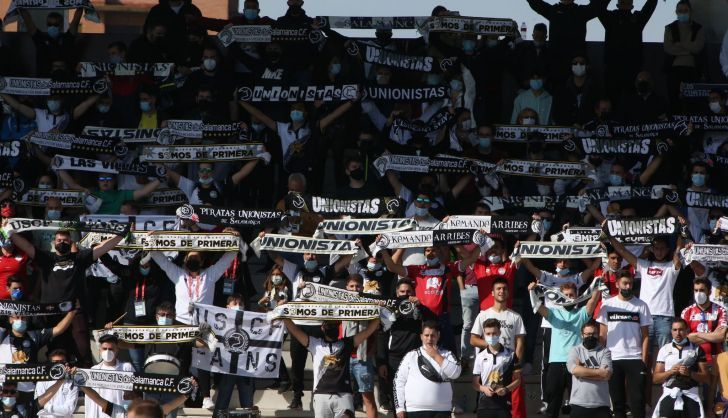 This Saturday, starting at 7:00 p.m., Unionistas will receive Racing Ferrol at home in a key duel for the charro team's playoff aspirations.

This Saturday, starting at 7:00 p.m., Unionistas will receive Racing Ferrol at home in a key duel for the charro team’s playoff aspirations. The black and whites start matchday 35 three points from the playoff zone for promotion to the Second Division.

From the Federation of Peñas de Unionistas the ‘Day of Unionism’ has been organized. And they haven’t skimped on activities. Before the match there will be a paella, charanga, a DJ and also raffles to warm up and, starting at six in the afternoon, there will be a cut to the Reina Sofía. “We are very close. The FPU is made up of around two hundred people but everyone is invited here. People will not only come from Salamanca, but also from outside”, explains Ruba Zakour.

In addition, the club has informed SALAMANCA24HORAS.COM that one thousand five hundred tickets have already been sold for the match against Racing Ferrol and, prior to the duel, the club will take the opportunity to present its 7-a-side football teams (from Pequenos Unionistas to fry).