2021, another push for Benzema towards the Olympus of football 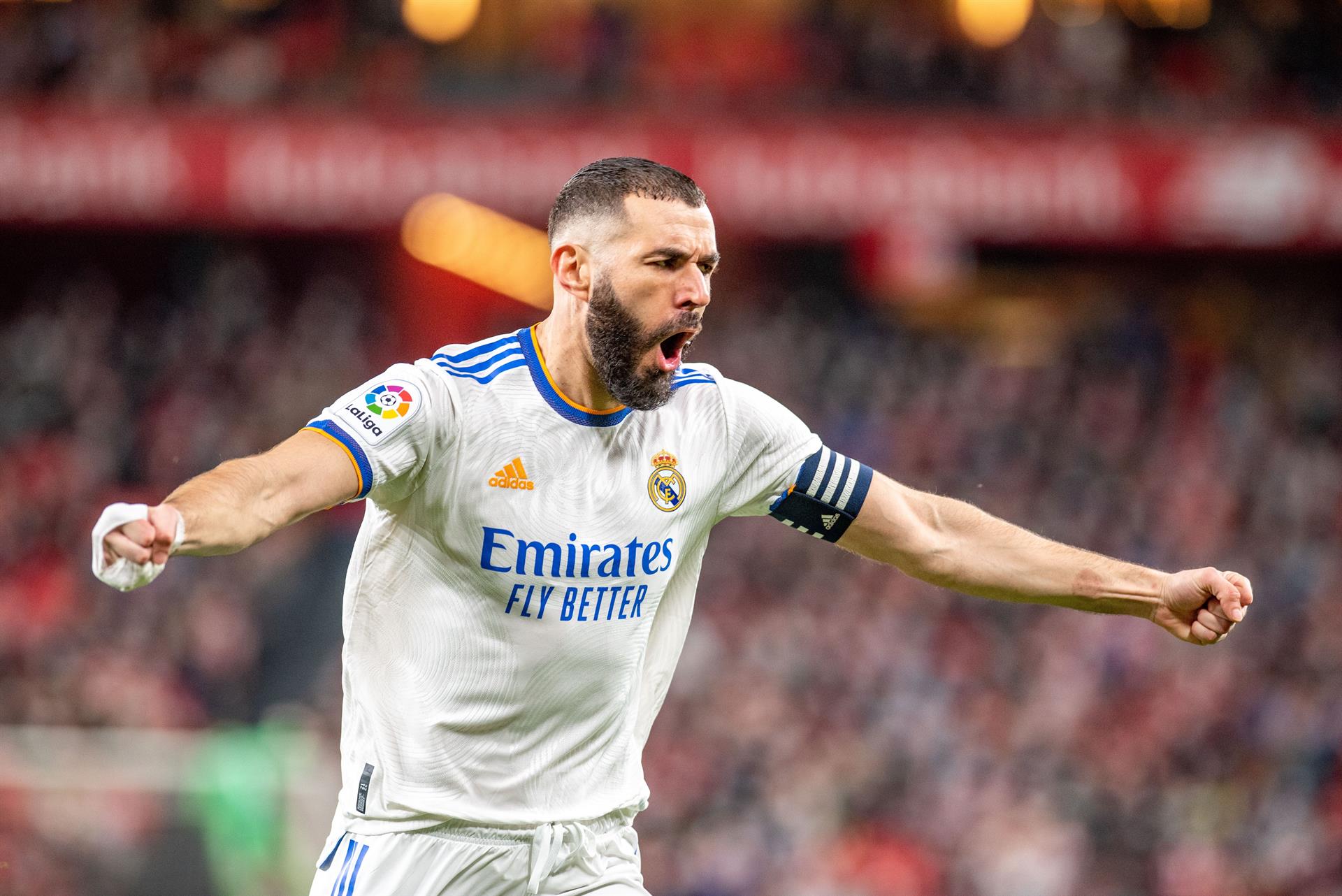 The French Karim Benzema has signed a 2021 that has established him as one of the best strikers in the world and in the benchmark of his team in the League by scoring the 51.25% of Real Madrid’s goals in the domestic championship.

A year of redemption for the Frenchman who six seasons later he wore the France shirt again. After being initially removed from the combined ‘bleu’ by the ‘Valbuena case’, Didier Deschamps once again trusted him and won his first title with the national team: the League of Nations.

46 goals and 14 assists in 2021 they extol the current moment of the great Real Madrid benchmark; even more so after the captain’s departure, Sergio Ramos, a place that Benzema has occupied afterwards in the majority of matches since he barely counted the Brazilian Marcelo for Italian coach Carlo Ancelotti.

Of these figures, 30 goals and eleven assists have been in LaLiga Santander. That is, he participated in 41 of the 80 goals Real Madrid: a 51.25% of them were born from Benzema’s boots.

In addition, it has contributed to the growth of the Brazilian Vinicius, who has gone from being future to being reality and indisputable in Real Madrid with only 21 years with the special contribution of the French, despite the fact that at the end of 2020 the cameras hunted Karim criticizing his partner.

Leadership on and off the pitch at the height of his maturity. 34 years old and admired for his football where it goes. The last one in San Mamés, where, as has happened to other Real Madrid players, such as Juanito, Gordillo, Di Stéfano or Zidane, he left acclaimed after his double last Wednesday.

The two thorns that Benzema keeps from this 2021 are not having raised a title with the white outfit and see how it slipped away a Ballon d’Or that many voices asked for him. Stayed bedroom in voting. Behind the winner, Leo Messi, Robert Lewandowski and Jorginho.

Ahead, a 2022 in which winning the award will be his great goal at the individual level, in addition to entering even more in the football history books.

First in those of Real Madrid. Benzema adds 299 goals with the white jersey, so he is only ten away from surpassing the Madrid legend Alfredo di Stéfano and be the third highest scorer in the club’s history. And in his hand he has to be second, place he occupies Raúl González Blanco (323). Further away and leading the table, the Portuguese Cristiano Ronaldo with 451 goals.

In addition to the 299 goals for Real Madrid, he scored 66 in his stage in the Olympique de Lyon and sum 36 with France. That is to say, 401 goals as a professional and only eleven of being the French footballer with the most goals in history; record he holds Thierry Henry with 411.