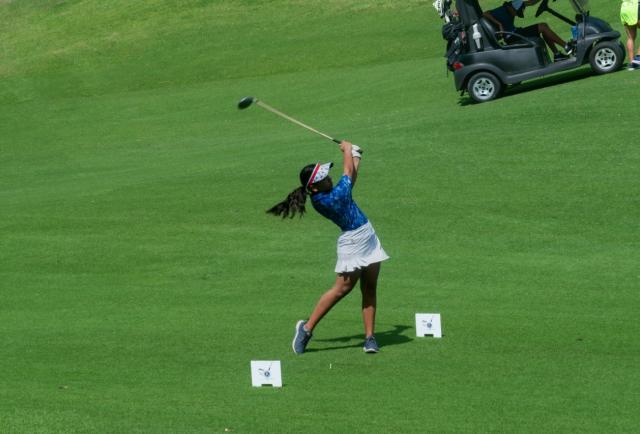 The event is held over five days, in five different categories

The event is held over five days, in five different categories

The next day of the Kiwanis Golf Junior League will be held on August 21 at Coronado Luxury Club & Suites.Assigned

The Bijao Beach Club & Residences course was the perfect setting for the celebration of the third stop of the Kiwanis Golf Junior League, a tournament whose main objective is to develop new figures that stand out in this sporting discipline.

This event is organized by the Kiwanis Club of Panama, together with the support and recognition of Apagolf, in three different fields.

The best players on the green

The players who stood out from their peers on this third day of the sports fair were, in the ‘A’ division, Noah Córdoba over his peers Jean-Luc Belanger and Nicolas Sobrino, who accompanied him on the podium.

In Division ‘B’ (7 to 8 years old) Liz Marie González took first place, being escorted by Gianluca Bemporad and Julieta Benítez.

Felipe Ruiz endorsed the victory in category ‘C’, in the group of 9-10 years, accompanied by Sofia Jaén and José Manuel Sossa.

She also stood out in the competition reserved for (11-12 years old) Ana Cristina Pérez, who won over Gianmauro Deir and Gustavo Mendoza, who took second and third place respectively.

Aurelio Gómez, managed to win in the ‘elite’ category, a division where players belonging to the Apagolf Junior Tour compete, leaving behind him Victoria Noronha and Oscar Espino.

Fourth stop of the contest

Next Sunday, August 21, the fourth date of the Kiwanis Junior League 2022 will be held at Coronado Luxury Club & Suites, whose registration will be open from Friday, August 22, through the link found in the bio of the account. on Instagram @kiwanisgolf, and children between the ages of 5 and 14 can sign up.

This sports event, with a start date on May 8, is played over five days, on three different fields, concluding with the grand finale on September 25, rewarding the winning team of the match to be held on the same date.