365 days without Lionel Messi at Barcelona 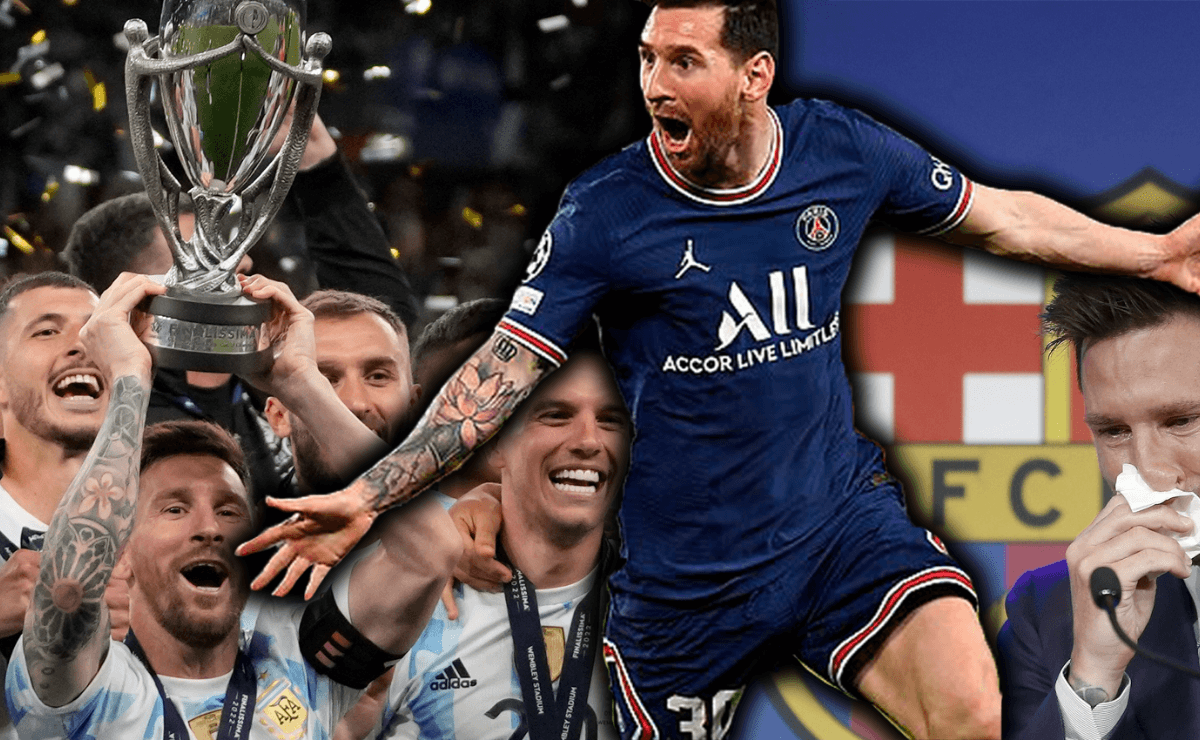 Exactly one year ago, a real bombshell shook the entire world. After twists and turns, negotiations and tension between the parties, the story end

Exactly one year ago, a real bombshell shook the entire world. After twists and turns, negotiations and tension between the parties, the story ended in the least expected way. After 17 years in the first team, 35 titles and 672 goals, Lionel Messi left Barcelona.

The renewal of his contract was knocking on the door, but an agreement was not reached and the outcome was unusual: who knew how to be the most expensive and best paid footballer in the world left the culé team as a free player.

The leadership changes, economic mismanagement, the pandemic, the economic crisis in football worldwide, the fair play imposed by the Spanish La Liga, resulted in the end of an era. That August 5, 2021, the Catalan club announced that it could not formalize the agreements due to economic and structural obstacles”, and along with the announcement, the dreams of an entire city collapsed.

Messi He had just won his first title with the Senior National Team, marking a milestone in the history of Argentine football by becoming champion of the America Cup after 28 years of drought. There were several clubs that wanted to sign Rosario, Who wouldn’t want to add the best in the world to their squad? Nevertheless, Manchester City and PSG ended up emerging as the main bidders to keep the crack. Finally, on August 10, the star formalized with the parisians.

A day later, Paris was revolutionized and Leo Messi he was introduced as a new player to a crowd of fans who already had his jersey. With Mauricio Pochettino of DT, La Pulga joined the training sessions and on August 29 against Rheims He had his big debut. He entered the second half for Neymarand although he did not manage to convert, he displayed his magic on the pitch.

At the same time, his present in the Argentine National Team it was spectacular. The Scaloneta She came from being champion of America, and in the following double date for Qualifiers, Lionel’s deployment on the court was something from another planet. His role was key in the 3-1 victory against Venezuela, but the night of September 9 was magical. In the Monumental, Messi marked his seventh hat trick with the albiceleste, and the match ended with a triumph by 3-0, adding a new victory for the National Team.

However, on his return to Paris, it wasn’t all rosy. The fans, expectant, expected one of the greatest scorers in history to demonstrate his attributes, but that September 19, the coach of les Rouge et Bleus took him out for Hakimi in the duel against Lyon, and his face of indignation said it all. Not 10 days passed until on September 28, by group stage for Champions League in view of Manchester Citythe Flea embedded a ball in the goal, which gave his team a 2-0 victory.

His individual deployment continued to be top level, something that was marked by fire after getting his seventh Ballon d’Or on November 29, being also the footballer who received this award the most times in history.

However, despite the fact that PSG showed superiority against the rest of the French teams, they were left out of the French Cup on penalties against Nice. Despite having a utopian front, made up of Messi, Neymar and Mbappe, a trident to fear, the Champions League slapped PSG. Leo ran into an old acquaintance, the real Madridand they could not against the unstoppable Karim Benzema. Nobody could believe it, but the team that for any soccer fan was invincible, left the competition prematurely in round of 16. For the next date Ligue 1, the fans whistled at him, and neither he nor Antonela from the stands could contain their indignation.

But in the Argentine National Team, Messi showed to be: he felt at home. Already for November, missing several dates for the Qualifiers, the Scaloneta had secured its place in Qatar. For the last double date, against Venezuela on the candy boxRosario scored the third goal of the match.

However, his return to France was joyful; the 1-1 draw against Lens gave him a new title. Still missing 4 dates for the end of the Ligue 1the PSG he was already champion.

Days later, he added his 40th title with the Argentine National Team, for the Finalissima against Italy, current champion of the European Championship, which was followed by a friendly against the Estonian National Team. Doublet, hat trick, poker… Everything was little for Leo Messi, who ended up scoring 5 goals, being thethe best mark of his career in the National Team.

The titles and the Flea always went hand in hand and on July 31, after a tour of Japan that only left victories to the team that he now led Christopher Galtier, added a new record for the French Super Cup in view of Nanteswhere he contributed the first goal in a 4-0 victory.

On the other hand, after Messi’s departure, Barcelona did not have the results that it used to have while the Argentine star was a member of their ranks. the management of Joan Laporta fired Ronald Koeman as DT and replaced it with Xavi. From that perfect season that the Blaugrana had in 2009 with Leo in the team, they went on to be left out of the Champions League in group stage, and won only the Copa del Rey.

The future of Lionel Messi today would continue to be linked to Paris, despite the fact that there was talk -and a lot- of a possible return to Barcelona, ​​the club that saw him born. The truth is that PSG’s 30 seeks to maintain its high performance and competitiveness and thus reach qatar in the best possible way, and why not, bring the cup…

Loading...
Newer Post
How long has it been since the NFL’s Pittsburgh Steelers were champions?
Older Post
Global combat arrives this Friday with 5 great MMA fights!