5 players who officially retired and returned to professional football 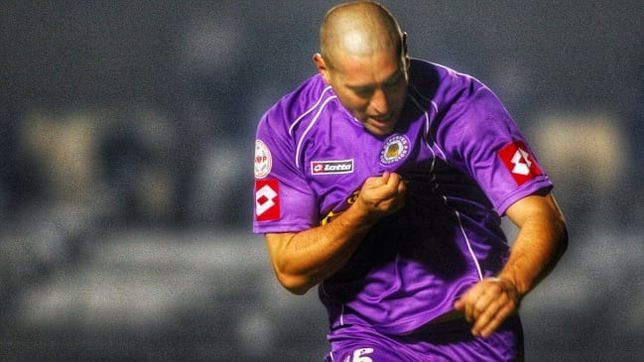 There are not a few cases of Chilean soccer players who returned from retirement. Most of them are great figures who missed the activity and decid

5 players who officially retired and returned to professional football

There are not a few cases of Chilean soccer players who returned from retirement. Most of them are great figures who missed the activity and decided to return to the courts.

The last case is that of Luis Jiménez. The ‘Wizard’ announced his dismissal from football in Palestino, but the leader of Ascenso, Magallanes, asked him to return to the fields. In this way, he will increase his list of 583 games and in professionalism.

The ‘Chapa’ left football in June 2007, with the intention of studying Commercial Engineering, when he defended the Catholic University. However, only six months later he returned to activity and signed for Colo Colo. He later was two-time champion of America with the Red.

The ‘Chino’ had a spectacular farewell to football on October 12, 1985, but in 1986 he decided to return to football in Barcelona in Ecuador, at the invitation of coach Luis Santibáñez. There he was reunited with Severino Vasconcelos and played Copa Libertadores, scoring a goal against Deportivo Quito. ‘Chupete’ has twice returned from retirement. He left football in 2015 playing for Colo Colo, but returned to professionalism in 2017 with the San Antonio Unido jersey. In January 2018 he announced his retirement again, but in 2019 he returned to SAU and has since played in Santa Cruz, Raya2 of the Mexican Expansion League and La Serena, where he continues his career in the First Division.

The former striker for La Roja and Colo Colo played until 2007 at Deportes Concepción and retired. However, in 2009 he returned to play in the Promotion League with San Marcos de Arica, but did not achieve promotion to the First Division.

Arturo Sanhueza decided to retire in 2012 after playing for the University of Concepción. Six months later he returned to Deportes Temuco and a decade later, now 43 years old, he continues to play for Fernández Vial.

Avellaneda dresses up in football for the long weekend
Concacaf’s 10 most valuable footballers of 2021
Dates 5 to 10, scheduled
FOOTBALL 3176

Loading...
Newer Post
NFL 2022: George Kittle: “Every time I go to Mexico there are many fans and I always enjoy it”
Older Post
“I’m going to die soon”: Boxer shocks the sports world with his revelations