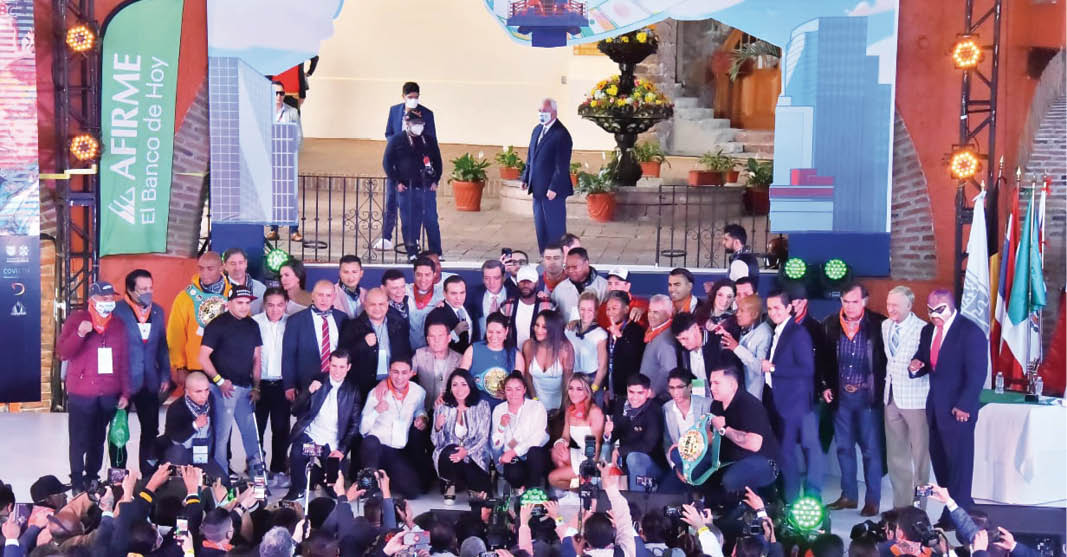 During the current Government of Mexico City the boxing and 80 new schools of the discipline have been developed, said the head of the local Execu

During the current Government of Mexico City the boxing and 80 new schools of the discipline have been developed, said the head of the local Executive, Claudia Sheinbaum.

Also, during the inauguration of the 59 World Boxing Council Convention, Sheinbaum, highlighted that the promotion to sport is critical and the COVID-19 pandemic is proof of that.

“I want to tell you that, as regards boxing, we have developed, in these three years, 80 new boxing schools in the PILLARS, Community Centers and a school supported by the Government of Mexico to professional boxers, precisely in the historic neighborhood of Tepito, which has given great boxers to Mexico and the world, “he said.

Likewise, the president welcomed the boxers of the World Boxing Council (CMB) and thanked said institution for once again choosing the capital as the headquarters of its convention.

“Welcome, welcome, to this great Mexico City, who loves this sport so much, today that we have 95 percent of the adult inhabitants vaccinated, and where this city will always be supportive and hospitable, “he added.

On the other hand, the president of the CMB He highlighted that, thanks to the great work that was done in Mexico City, the capital is in the Epidemiological Traffic Light green and with this the 59th CMB Convention could be held.

“Our city has a traditional hospitality, a very special way of receiving visitors, we have many customs, and boxing is part of the most important. Account, this city, with a leadership Impressive, she is a committed, passionate, dedicated woman and has led our city to get ahead after the most difficult moments ”, concluded Sulaimán.

You can also read: ‘Coup’ in women’s boxing is in the pocket: ‘Kika’ Chávez

Loading...
Newer Post
GP Valencia MotoGP 2021: Joan Mir responds “to those who say they do not defend the title in a dignified way”
Older Post
Futbol Emotion triples sales and invoices 6 million with s …