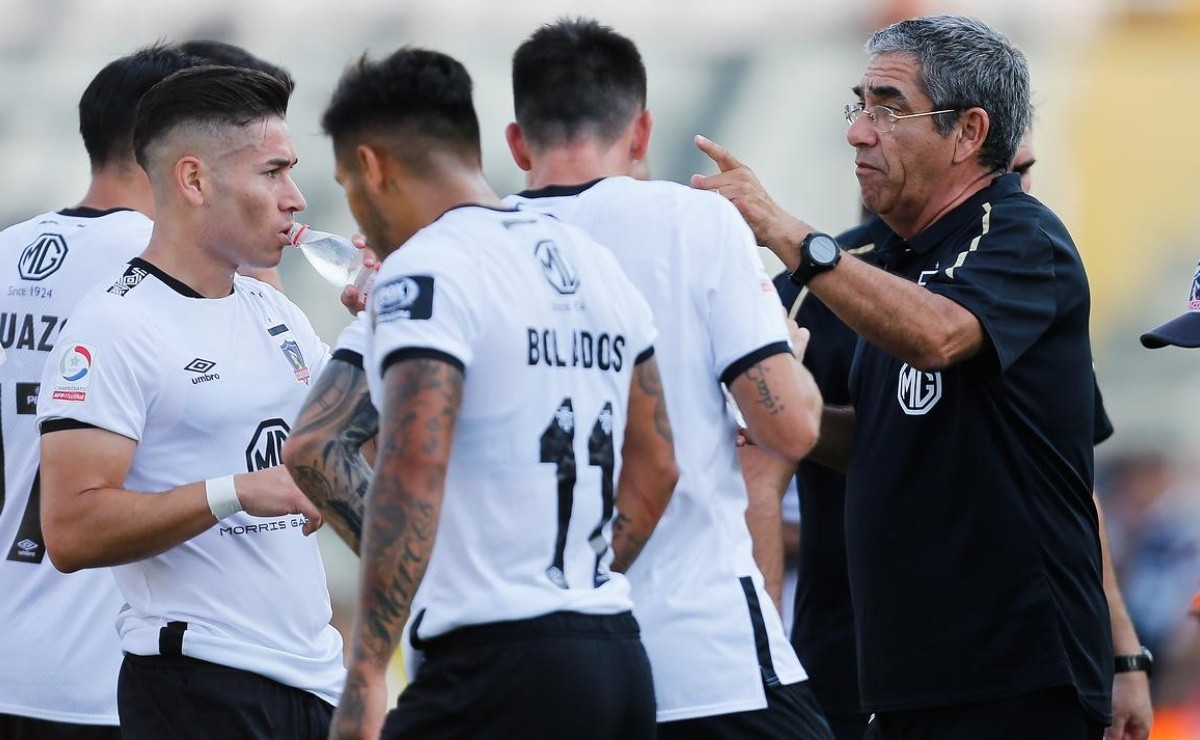 Chilean footballGualberto Jara spoke with RedGol about the elimination of Colo Colo in the Copa Sudamericana and the power of Brazilian soccer. Th

Gualberto Jara spoke with RedGol about the elimination of Colo Colo in the Copa Sudamericana and the power of Brazilian soccer. The former white trainer stated that not only the budget influences, but also the training of youth.

Colo Colo’s elimination against Inter de Porto Alegre in the Copa Sudamericana has caused people to talk. For Gustavo Quinteros, the Chilean teams have a difficult time competing against the Brazilians due to the high budgets and large squads they manage.

And a man who knows national football agrees. Gualberto Jara, who went from being coach of the Colo Colo Sub 20 to assuming the first team in 2020, spoke with RedGol and stated that Brazilian power is a reality, although he considers that, with planning, it can be the exception.

“I would not say that it is an excuse to talk about the budget, it is also a reality that in the Copa Libertadores the Brazilian teams make the difference because they really invest a lot in this competition. There are teams that prepare for this like Palmeiras, Flamengo and other Brazilians that totally exceed budget to the reality of Chile or another country,” he said.

“That is why it is reflected that they always fight in the final instances. Although it is also true that teams appear as exceptions that are inserted into this batch of Brazilians, either by planning or because they worry about the competition they are in. Libertadores is a competition much more demanding and with a different competitive level than the Sudamericana, but they are factors that influence. In previous years we had the reality of Independiente del Valle that began to make a difference and won Sudamericana. That appears as a consequence of long-term work,” he added. .

Another reason that puts national football in a lower step than that of Brazil and also Argentina is its youth training, according to Jara. Despite his role as a coach, the former white coach did not use many youth names in the first team and mentions that there are various reasons why young Chileans do not secure a starting shirt as do Brazilians and Argentines in their clubs.

“I used those who at that time I considered were in a position to face the reality that we had in the team. Indeed, there is a very good litter of players who at that time of fighting relegation was not the time to launch them. I repeat what I said I said at the time: we have to be patient with young people. The level of competition for youth in Chile is different from that of Brazilians and Argentines. The level of preparation is also different,” he said.

“Analyzing, one will find that there are many differences for which a 16 or 17-year-old boy in Brazilian football already plays in the first team and there are others transferred to Europe. Here, at 21 years old, they still cannot secure a place in the In other words, there is something for which a group of young players cannot be resorted to massively and taking into account the circumstances, at that time it was possible relegation, which is very different from fighting for a title and also the international competitions, where the hierarchy is very different from the local environment. That is why the coach has to resort to players with experience and international trajectory before risking young people, “he added.

“We can give the example of Vélez Sarsfield, who has many young players and eliminated River, who was one of the favorites to fight a Brazilian team. But I repeat, the level of competition in Argentina is different, also the preparation , the blank of the boys at international level and also the personality of the Chilean player and the Argentine. There the differences are noticed, “he sentenced.

Tags: Colo Colo, Gualberto Jara
Leonardo Gil surprises with his boxing skills
Leonardo Gil does not stop training and shows off on social networks with his skills as a boxer
LIVE Soccer transfer market Chile
FOOTBALL 3145

Loading...
Newer Post
Antonina Shevchenko defeated Cortney Casey at UFC Vegas 58
Older Post
He was champion in Miami and now he has another dream: “I am going to make Chileans stop watching soccer and start watching MMA”