A boxer became disoriented in the middle of a fight, began to throw punches into the air and had to be hospitalized 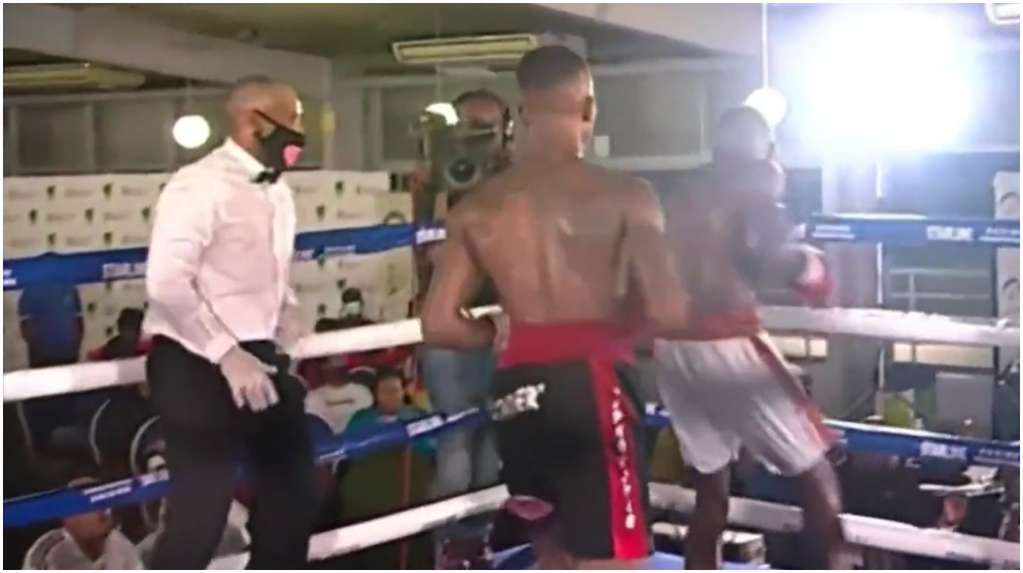 It was a situation that caused a great scare in South Africa. Boxer Simiso Buthelezi had to be hospitalized after suffering a strange episode in h

It was a situation that caused a great scare in South Africa. Boxer Simiso Buthelezi had to be hospitalized after suffering a strange episode in his fight against Siphesihle Mntungwa: surprisingly, he lost his sense of direction and began throwing punches in the air, in any direction.

Also read: Confirmed fight: Canelo Álvarez and Gennady Golovkin will step into the ring for the third time

The tenth round was being played in a fight valid for the African lightweight title endorsed by the World Boxing Federation and Buthelezi was heading for a victory. However, everything changed from one moment to the next: after leaving his rival fallen against the ropes, he wanted to go on the attack again, but headed for the wrong place while throwing pointless blows.

This caught the attention of the referee, who immediately ended the fight and asked the doctors to come to attend to the athlete.

Simiso Buthelezi, who suffered the first defeat in his short career, was taken to a hospital in Durban, South Africa. He is stable, but the doctors decided to keep him under observation to discover the causes of what happened.

Siphesihle Mntungwa won the fight and kept the belt, although the decision of the authorities was not to hold the award ceremony due to the status of his rival.

Loading...
Newer Post
He hit his head with the wheel of a MotoGP and can tell
Older Post
Red Bull’s wacky race can take you to Formula 1