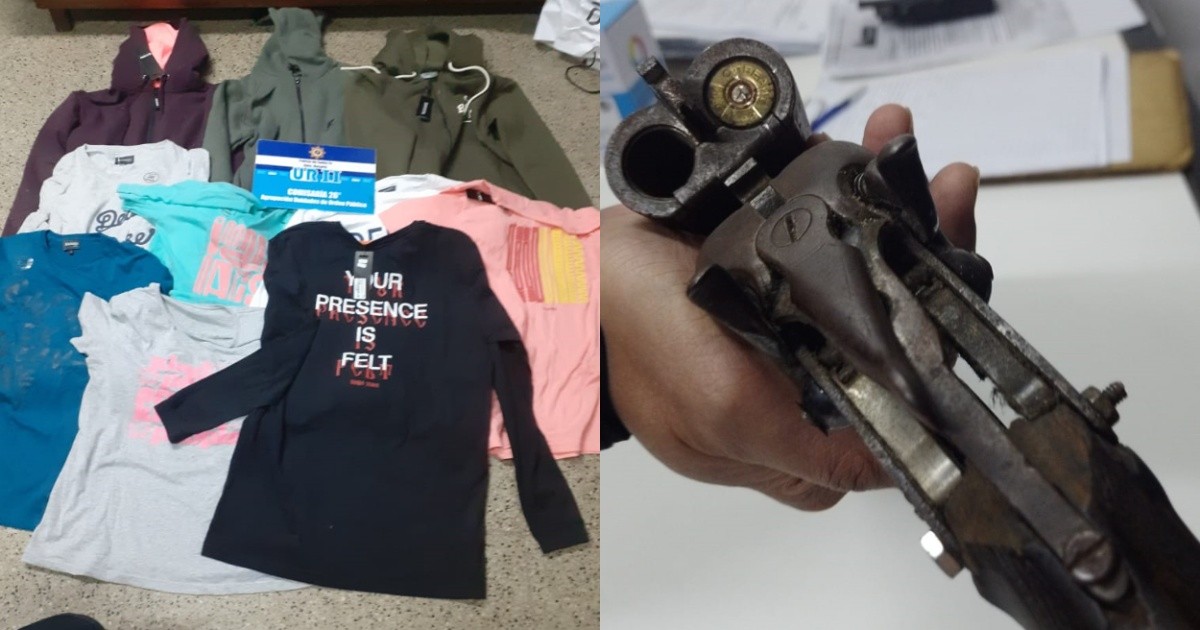 The criminals They took 20 thousand pesos, merchandise and the cell phone of the woman who attended the premises of clothing After calling the police, personnel from the 26th police station, the Radioelectric Command and the Tactical Action Police followed the thieves to the home where they sought refuge.

After a family member allowed entry to the house, the agents detained Brian Miguel S., 22, and Juan Cruz S., 24, with stolen clothes and money. Also seized at the scene 28 caliber double barrel sawn off shotgunaccording to the police.

The suspects had criminal records. Brian Miguel S. has a burglary on October 19, 2017 and a quarantine violation on May 2, 2020.

Meanwhile, his brother Juan Cruz, known as a boxer, also has a record: robbery (8/11/14), attempted robbery (8/12/14), attempted escape, possession of a firearm, attack and resistance against authority and serious injuries (12/8/15), and robbery qualified (10/19/17), fact for which he had an effective sentence of five years in prison.

Boxing: A groggy boxer fights a ‘ghost rival’ and ends up in a coma in hospital
Boxing: Carballo vs. Tancredi | channel 9
Boxers from the Barrio Blanco School in the FAB
BOXING 3557