A Formula 1, a Formula E and a WRC contested an unprecedented acceleration duel 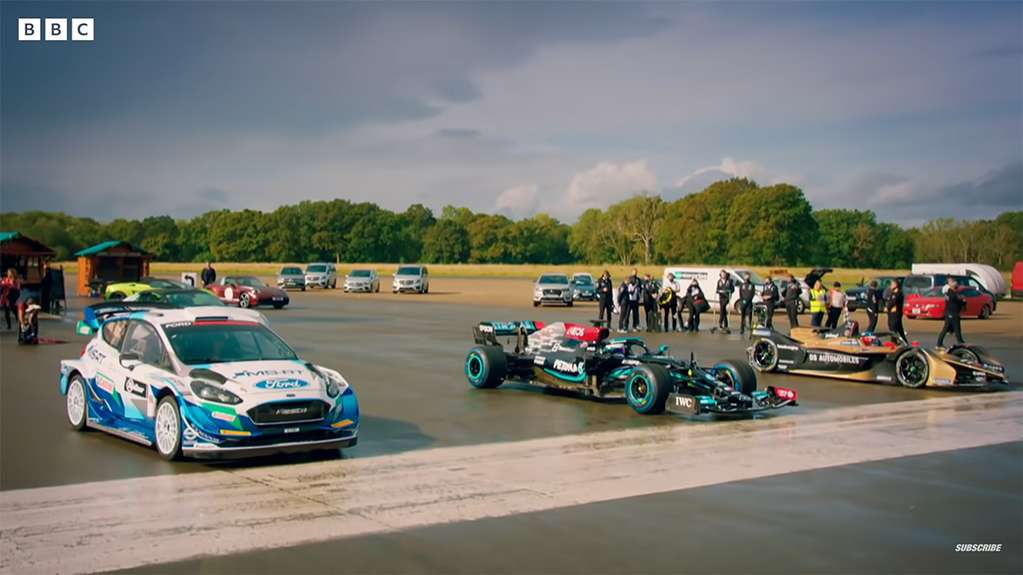 In TN Autos we have already seen acceleration races between combustion sports cars and electric cars, pick-ups, small models, motorcycles and even

In TN Autos we have already seen acceleration races between combustion sports cars and electric cars, pick-ups, small models, motorcycles and even airplanes, but like the one you are about to never enjoy: a Formula 1 car faced a Formula E and WRC; that is, a vehicle that competes in the World Rally Championship.

Formula 1 is a 2019 Mercedes-AMG F1 W10 EQ Power +, nothing less than one of the ships with which Lewis Hamilton won his sixth title in the category (in 2020 he won the seventh and in 2021 he was second to Max Verstappen). Features some additional parts from the 2020 W11 and newer black livery.

The F1’s engine is a 1.6-liter turbocharged V6, which is combined with an electric drive. This hybrid motorization delivers about 1000 horsepower. The total weight of the car is just 743 kilos and the box, eight-speed sequential automatic. Through it the force is sent to the rear axle.

The Formula E is a DS E-Tense FE21 that participated in the world championship this year. It has a set of electric motors that give it a power of 340 horsepower. With rear wheel drive, a 54 kWh battery and a weight of 903 kilos, it is capable of accelerating from 0 to 100 km / h in 2.8 seconds.

The World Rally Car is a Ford Fiesta WRC from M-Sport. It includes a 1.6-liter turbocharged engine that develops 380 horsepower, managed by a six-speed sequential automatic transmission that sends power to all four wheels (all-wheel drive) thanks to front and rear mechanical differentials, plus an active center differential. It is the only one of the three that does not have any type of electrification.

This duel was carried out by Top Gear, the famous iron program of the BBC (England), in a special episode for Christmas Eve.

As soon as it starts, the WRC takes the lead and takes a significant advantage over the two cars. However, with the passing of the meters and the development of the race, the F1 easily takes first place with an impressive display of power and speed, and maintains it until the end of this spectacular duel. Formula E, meanwhile, starts the drag race third and finishes it in the same place, without getting into the discussion for leadership at any point during acceleration.