A lot of money and a few minutes: Deck’s “torture is over” 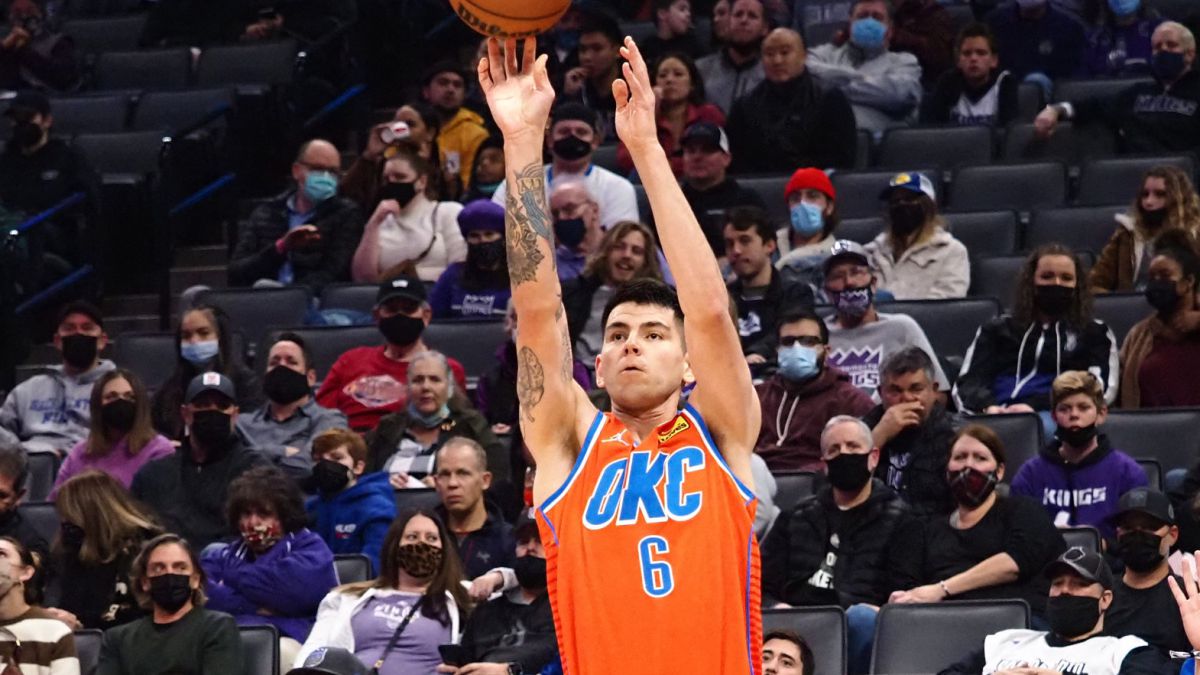 Gabriel Deck's stage has come to an end as expected. The player had a four-year non-guaranteed contract that had two cut-off clauses in the secon

Gabriel Deck’s stage has come to an end as expected. The player had a four-year non-guaranteed contract that had two cut-off clauses in the second of them and the cut-off has been activated in order to make a dispatch play in which to win an election of draft. The value of the ‘Turtle’ in the NBA has been reduced to that, at least for now. The operation has also taken the American of Nigerian origin Miye Oni, also directly unemployed: the Thunder achieve a future acquisition without touching the squad, since it displaces Deck and they do not keep Oni either, and the Jazz open another gap in the squad that gives them flexibility to close the transfer market. It’s a poor conclusion to Deck’s first, if any, experience across the pond.

The official account that was created to report Gaby’s adventure in the NBA states that “the torture is over”. The player did not have the confidence of the franchise and now has to find a new destination. In two days he will be completely free, but he could keep his lucrative contract if someone claims him being in the category of waivers (unlikely). Journalist Andrew Schlecht, who closely follows the Thunder and works for The Athletic, define the Deck stage as “one of the Thunder’s greatest mysteries” and something “which made no sense from start to finish”.

For the Oklahoma City team there was a reason to sign him. It was a priority to raise the minimum salary required by the NBA to comply with the rules, hence he took 3.8 million for playing only ten games to which he adds the 1.7 of the equivalent of his contract this year until it has finished the bonding. The money has allowed him to live better after leaving a Real Madrid where he was one of those who earned the least, but ‘Tortu’ has lost media exposure even though he is only 26 years old. This season he has only averaged 2.6 points and has gone without a single minute in 26 of his team’s 33 games. The Thunder’s target is between the tanking and the rebuild, with Deck on a tightrope that snapped.

From the first moment there were doubts about his role, but he was sponsored by Sam Presti as other Argentines had already been: he is the country’s factory in the NBA, he chose Ginobili, Scola and Oberto and also tried Prigioni, Wolkowyski, Montecchia , Kammerichs and Pepe Sánchez. The problem was on the bench and in the vague idea of ​​the team. Mark Daigneault had him in mind last year, but as the season changes he has implemented small changes without there having been a bestial innovation on the campus that has left Gaby Deck out. He is not the only player to whom it has happened: Théo Maledon, a French second year, was also almost a permanent fixture in 2020/21 and has been more out than in this one.

The Thunder are fighting to improve and there are four teams worse than them right now in the standings, so some key that works is being touched. Deck was forced to do things that he is not used to and has lost that game with his back to the post that went so well in Argentina and Spain, in addition to having obvious problems with the language. The objectives were to hold out as long as possible with that contract that fell from the sky that was around 11 million dollars and to try in the best league in the world, two objectives fulfilled although the feeling may be of discomfort, anger or sorrow for his followers and for himself. .

OKC continues to be a weak team in the Western Conference and testing players. The star is Shai Gilgeous-Alexander, who has shown an improvement in leadership skills and has won the team with decisive shots, and a new point guard capable of playing in several positions has arrived, Josh Giddey, who has become the youngest player in history to record a triple-double. Out of them, and looking at the forward position occupied by Deck, Dort and Bazley were immovable, the rookie, Robinson-Earl, burst in, the coach trusted Williams and Roby, Pokusevski remained as a ‘3’-‘4’ combo. .. He did not have a place or they did not do it.