A massive brawl broke out after an MMA fighter took on two men while being cheered on by a glamorous boxer. Intense footage has shown the professi

A massive brawl broke out after an MMA fighter took on two men while being cheered on by a glamorous boxer. 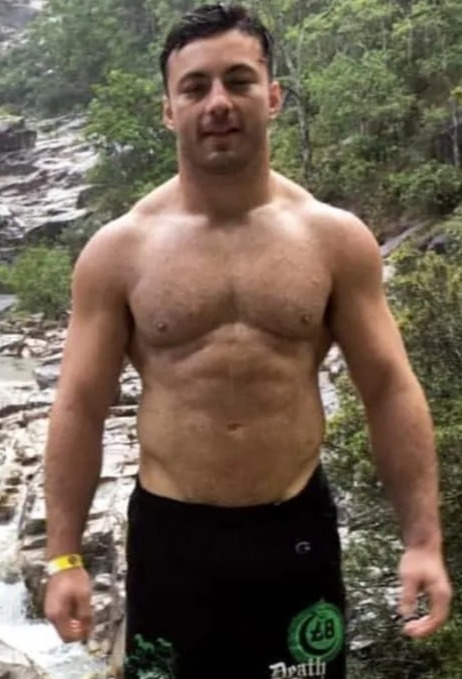 The clip, posted on champion fighter Bec Rodriguez’s Instagram, shows MMA fighter Viktor Lyall in the middle of a tense shouting match with three others.

As the argument intensifies, Viktor can be seen steadily advancing towards the two men who appear to be following him and continue to hurl expletives as a woman in a pink dress yells from the side.

The man in a red sweater picks up a chair and holds it over his head as if to punch Viktor, who takes an MMA-style defensive stance with his hands up and threatens to kick.

The man then throws the chair to the ground and the groups appear to disperse as another swearing fight breaks out with the men following Viktor and the woman holding the camera.

The woman in the pink dress confronts Viktor and tells him that his father is a bodybuilder who will “crush you.”

The two men continue to shout expletives and threats and seem interested in surrounding Viktor.

The MMA fighter places his hand on the shirtless man’s chest and gives him a slight push and tells the group to “stop following me.”

Viktor then blocks the shirtless man and lands a heavy blow to his head, sending him flying.

He then unleashes a vicious kick that seems to connect with the other man’s chin, knocking him down.

After the men recover and continue to insult Viktor, a fight breaks out again.

The shirtless man appears to spit on Viktor, prompting him to throw a punch.

That’s when the second man and the woman in the pink dress try to jump.

Viktor lunges at the man in the red sweater, avoiding the woman, and lands a solid punch.

Only when another woman in a black top and green pants intervenes is the fight broken up for the last time.

Rodriguez claims that the “backstory” to the fight was that Viktor had stepped in on a personal matter to “give them some street justice.”

“Not all heroes wear capes,” he said.

Viktor is the third ranked amateur MMA welterweight in Australia and has a record of eight wins and three losses at the level. 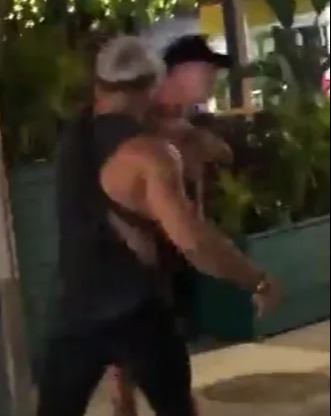 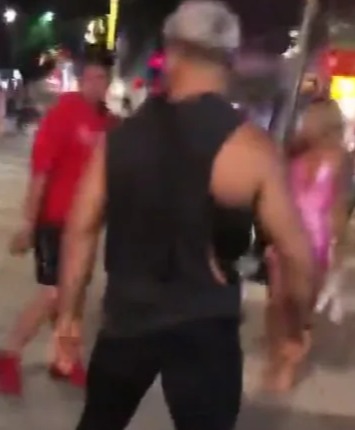