A military man, a former NBA player and a filmmaker, among the new high-ranking officials of the Andalusian Government 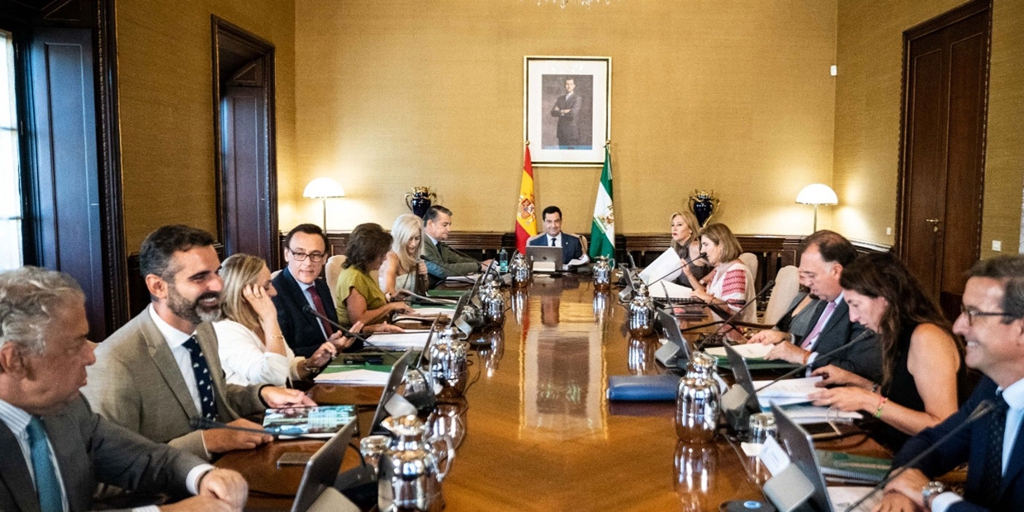 The Andalusian Government has celebrated this Thursday an extraordinary meeting of the Governing Council in which he proceeded to complete the organization chart of the 13 ministries with 58 appointments. Of these 58 appointments, 24 correspond to general secretariats, 31 are general directorates, as well as others three charges remaining, as reported by the Andalusian Government through a note.

Among the appointments there are profiles of all kinds. Although lawyers and officials abound, there are also more peculiar ones. It is the case of Jose Maria Ayerbete, the general director of Planning, Centers and Concerted Teaching, who is a doctor in Mathematics. The curriculum of Isabel Sánchez Fernández is also striking, former professional NBA player and doctor and that she will be the general director of Evetos and Sports Institutions, a position in which she was already in the last legislature.

At the head of the General Secretariat of Culture there will be a filmmaker: Solomon Castielwho, in addition to being a journalist and cultural manager, is member of the Royal Academy of Cinema and has directed the Valencia and Tangier film festivals. The new Andalusian Government will also have a magistrate. Francisco Ontiveros will be the general director of Juvenile Justice and Cooperation and, for years, has been in the Second Section of the Provincial Court of Granada.

The new Executive of Juanma Moreno will even count as an Army officer. It is José Loaiza, new director of the Andalusian Institute of Public and Military Administration In the reservation. And if there is a basketball player, there is also a coach. José María Arrabal, who is the General Secretary for Sports, began his professional career as a coach in the Maristas de Málaga team.

Regarding the list of appointments by departments, in the Ministry of the Presidency, Interior, Social Dialogue and Administrative Simplification Secretary General of Foreign Action, European Union and Cooperation has been appointed to José Enrique Millo Rocher; general technical secretary to María Almudena Gómez Velarde; director of the International Development Cooperation Agency to Celia Rosell Martí; and Director General of Communication to Sebastián Torres Haro.

In the Ministry of Health and Consumption Isaac Túnis Fiñana has been appointed Secretary General of Public Health and R&D&I in Health; José Agustín González Romo as General Director of Consumption; and general director of Humanization, Planning, Coordination and Care of the Andalusian Health Service to Inmaculada Vázquez Cruz.

In the Ministry of Industrial Policy and Energy Manuel Larrasa Rodríguez has been appointed Secretary General for Energy.