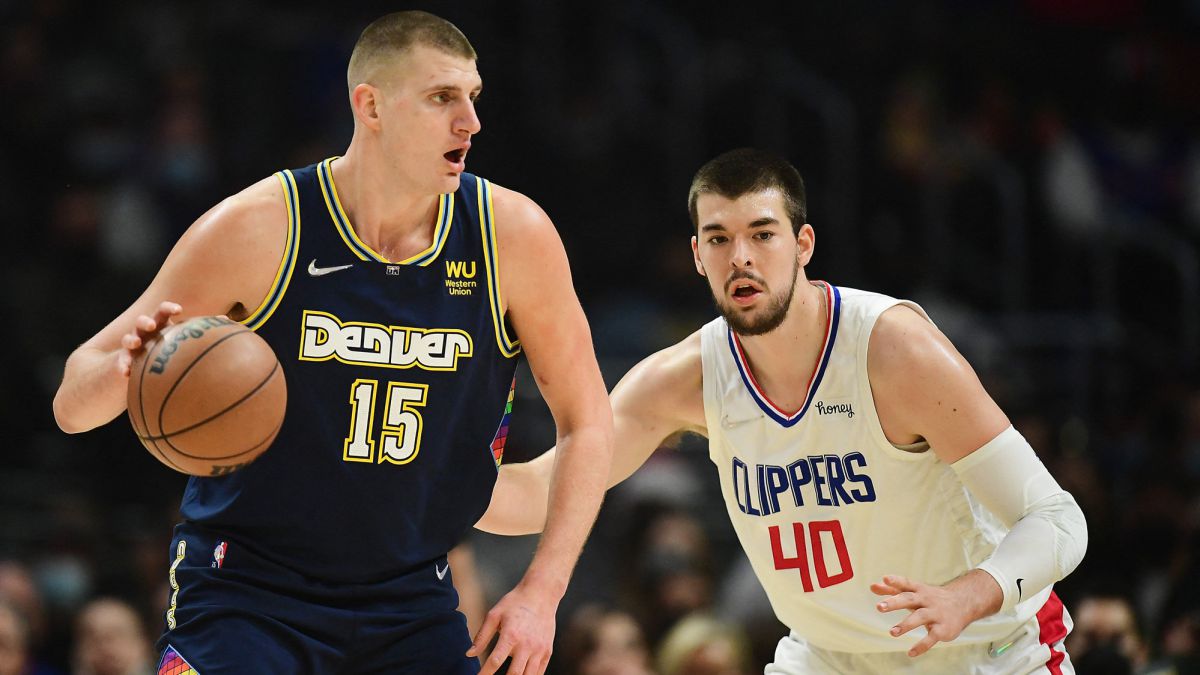 Amid so much display by Stephen Curry and Kevin Durant, few people talk about Nikola Jokic. Maybe (just maybe), the absence of Jamal Murray has t

Amid so much display by Stephen Curry and Kevin Durant, few people talk about Nikola Jokic. Maybe (just maybe), the absence of Jamal Murray has taken away hype to the Nuggets, who do not start as favorites to the ring or as candidates unless the point guard, that he will return to the courts at the earliest in April, do so with a connection with his teammates and a spectacular level. Few people count on that while the Colorado team tries to survive: limited, between light and shadow, logically irregular and led by a hero like Jokic. The Serbian, current season MVP, is third in the votes to repeat an award that, if everything continues as before, Curry or Durant will win. But the resilience of a pivot who can take it all is still amazing, he spends an enormous amount of minutes on the court if necessary (Mike Malone’s way of managing his time on the court is extraordinary) and he is still capable of producing despite the fact that all his rivals know that (almost) all danger comes from him.

Last year, in which he took his first MVP of the season (the third for a European after Dirk Nowitzki in 2007 and Giannis Antetokounmpo twice), Jokic averaged 26.4 points, 10.8 rebounds and 8.3 assists . In this course, He is at 25.9 points, catches 13.5 rebounds per game (his career high) and distributes 7.2 basket passes. He does it with a better percentage in field goals (57.5%) and throws something worse than three, but trying one more outside shot per game. And he has, near the 27 years, 23 double-doubles and 6 triple-doubles in 27 games. Last year, in which he played the 72 games of the season, added 60 double-doubles and 16 triple-doubles. Extraordinary numbers for a player who is still insultingly young, shows off naturally and has the leadership skills of older stars, even though he still has to control his obvious bouts of immaturity that have taken their toll in the form of techniques. and sanctions. One thing is to protest and another is What. That is key.

Against the Clippers, the Denver team added an important victory that, at certain times, was a long way from reaching: 100-103 after going 91-82 down with just 9 minutes to go, the maximum difference the Angelenos had had throughout the game. The Nuggets led by 17, but stayed at an ignominious 15 points in the third quarter. and allowed Tyronn Lue’s men to turn the game around. Of course, the visiting team managed to strengthen itself in the final period, pressed on defense and turned the game around with a 21-9 run that definitely tipped the balance. A triple by Austin Rivers made it 95-101, but a dunk by Terance Mann and a triple from the corner of Luke Kennard left everything to decide with less than 20 seconds to go. In the last, free throws for Jokic without failure and triple without luck by rookie Brandon Boston Jr., chosen by Lue to force extra time. And game for the Nuggets, of course.

The best, let no one be surprised, was Nikola Jokic: 26 points, 22 rebounds, 8 assists, 2 steals and 2 blocks for the Serbian giant, who was not particularly good in the shot (9 of 24) but was again the idol and the hero of their own. 17 by Will Barton, 12 by Rivers (he scored his triple at the end), 12 by Monte Morris and minutes for Campazzo (almost 17), who alternated good moments and others of nunlo prominence: 5 points, 3 assists, 2 steals and 5 personal fouls for him. Morris has definitely eaten the toast of the Argentine, who if he is not traded in February will have a much more residual role when Murray returns. Until then, you still have time. For the Clippers, the best was Eric Bledsoe (you read that right), with 18 points, 10 assists and 5 steals. And casualties continue to be the bread and butter for Angelenos, who can do little else: Jay Scrubb, Reggie Jackson, Kawhi Leonard, Marcus Morris Sr., Paul George, Isaiah Hartenstein and Jason Preston are offside. 4 losses in 5 games for them. And a new victim for Nikola Jokic. A real monster. A word used (that of monster) with total positive connotation, Clear.

The NBA already recommends booster vaccines to players, coaches and referees
Bulls 112-138 Nets | NBA: The full version of the Brooklyn Nets with Durant, Harden and Vaccine Irving sure is scary
Andre Iguodala reached 5,000 baskets in the NBA
NBA 1377