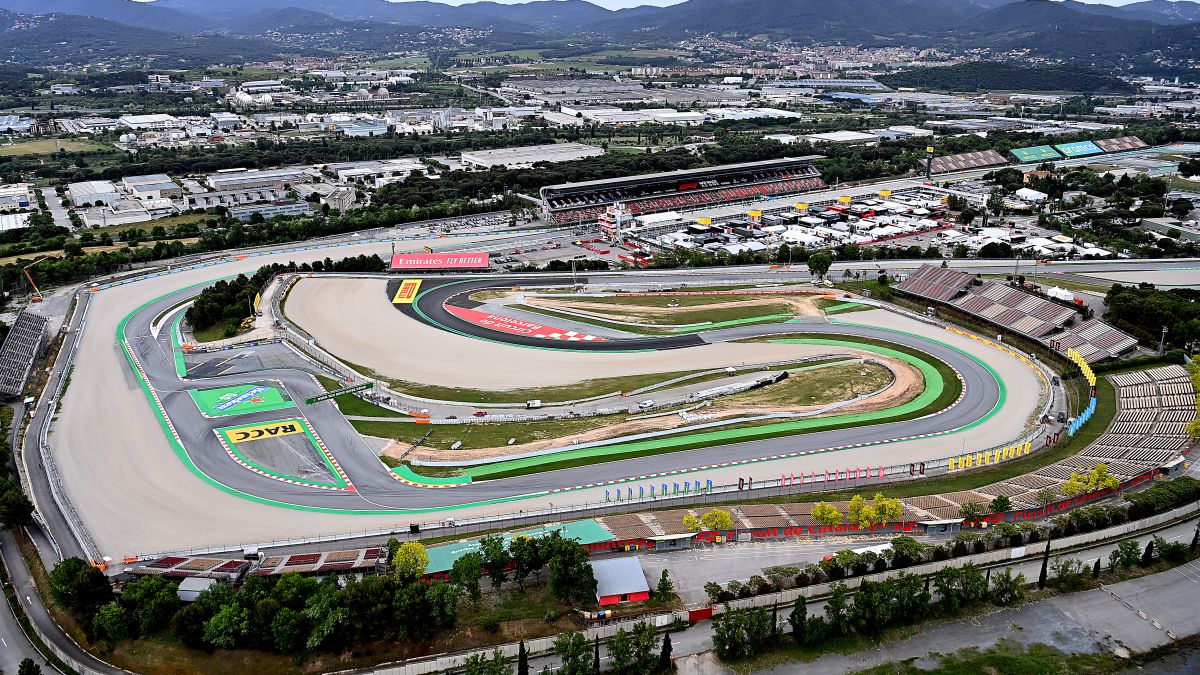 The sellout is not technical, because there is still a minimum number of tickets to sell after the Circuit de Barcelona-Catalunya install collapsi

The sellout is not technical, because there is still a minimum number of tickets to sell after the Circuit de Barcelona-Catalunya install collapsible grandstands that have not been used in recent years; and designate low-visibility seats at lower prices. But almost all the tickets to attend the Spanish GP were sold out months ago (as has happened in most European tracks for 2022) and this weekend a national party is expected in Formula 1 with Carlos Sainz fighting for the podium, something that had never happened at home, and Fernando Alonsoback to his fans.

There will be more than a hundred thousand fans, the director of the Circuit predicts in a telephone conversation with AS, Josep Lluis Santamaria. “On Sunday there will surely be more than 100,000. The tickets are three-day subscriptions and I, as a fan, would make the most of one of these shows, from 8 in the morning. People, by tradition, come to F1, but there is enough show for the three days with the W-Series, Formula 2 and Formula 3, with a race already on Saturday apart from the F1 classification. In addition, those who have the season ticket can visit the pit lane on Thursday with the garages open.”

These are figures that have not been found “since 2008 or 2009, the record was in 2006 or 2007 but then came the crisis and the drop in attendance at all competitions began.” The weight of the Spanish fan is noted: “Of the data that we control directly, those who have bought tickets on our website, the national percentage exceeds that of foreigners. Within foreign countries, the United Kingdom, France and the Netherlands stand out. Grada orange, blue stands, red stands… the fans will give color to the circuit”.

For those lucky enough to get a ticket, Santamaría recommends traveling to the circuit (18 minutes from Barcelona) by public transport: “From the North Station of Barcelona you can go with buses from the Sagalés company directly to the circuit. By Cercanías train to Montmeló, at the exit of the town there are some shuttle buses. Taxis, private means and those who come by car , to be aware that, if you have not previously bought the parking ticket, you will not be able to leave it, because otherwise you will have to park in more distant towns”. In addition, this year they will incorporate more gastronomic solutions for sandwich time: “We have a Mediterranean diet, vermouth, rice dishes, barbecue… we wanted to get away from the typical fast food and sandwiches in a sports show with affordable menus, not crazy ones, and shaded areas have been set up because a very hot weekend is expected “.

It will be a special 52nd Spanish GP, the first after two editions without fans in the stands, within the Circuit’s new contract with F1 extended until 2026. Who should be congratulated? “To everyone, to the administrations for their support, to the people on the circuit for thinking that this had to be a way of giving continuity and adapting the infrastructure to current needs, to the 21st century. Short-term renovations forced you to negotiate for the following year as soon as you finished the race. But five years allows you to update the circuit, we have already finished a second phase of works and we will start in December with a significant investment in energy, with photovoltaic panels and accumulators”. The only thing missing is a great sporting result at the height of the event.

to be or not to be – doubled – before the ‘tifosi’
Spanish GP F1 2022: The improvements that Red Bull prepares for the European tour of the season
Colapinto shone in the eyes of F1 and triumphed in the first Imola race
FORMULA 1 1560

Loading...
Newer Post
Who is the player with the most rings in NBA history?
Older Post
May, a month to remember the great Rodrigo ‘Rocky’ Valdez | THE UNIVERSAL