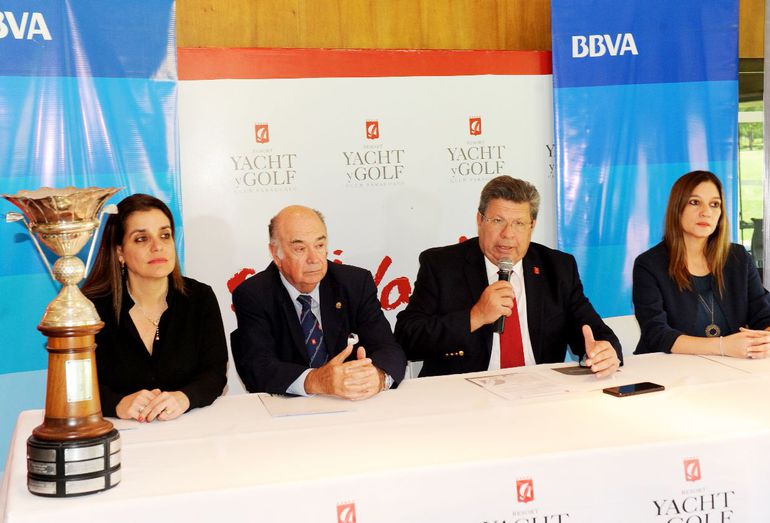 Today the Yacht and Golf Club Paraguayo is holding a new edition of the "Copa del Rey", a charity tournament for couples promoted from its beginnin

Today the Yacht and Golf Club Paraguayo is holding a new edition of the “Copa del Rey”, a charity tournament for couples promoted from its beginnings until today by the notary public Luis María Zubizarreta, honorary president of the entity.

This 18th Edition, as well as in recent years, except for 2020 when due to the pandemic it could not be carried out, again the proceeds will go to benefit the “Mission for Education and Sports”, the Papa Francisco School of the Yacht’s area of ​​influence in the city ​​of Lambaré.

As for rents, Fabrizio Zanotti yesterday had an excellent jump after the second round, with 66 shots (-5) and an aggregate of 135, with 69 (-2) on Thursday, seven under par, at the Spanish Open of the European Tour, in Madrid, where he went on to occupy the 21st position, six from the top and five from the world one, the Spanish, Jon Rahm.

Milagros Chaves was unable to start the second round Symetra Tour Championship in Daytona Beach, Florida, United States yesterday due to a suspension due to bad weather conditions.

In Gómez Palacio, canacintra prepares its Business Golf Tournament
GOLF / MALLORCA OPEN 2021: Campillo and Quirs flag the great start of the Spanish in Santa Ponsa
Matsuyama is determined to give excitement to the Zozo
GOLF 293