A spectacular end of the year is coming in boxing 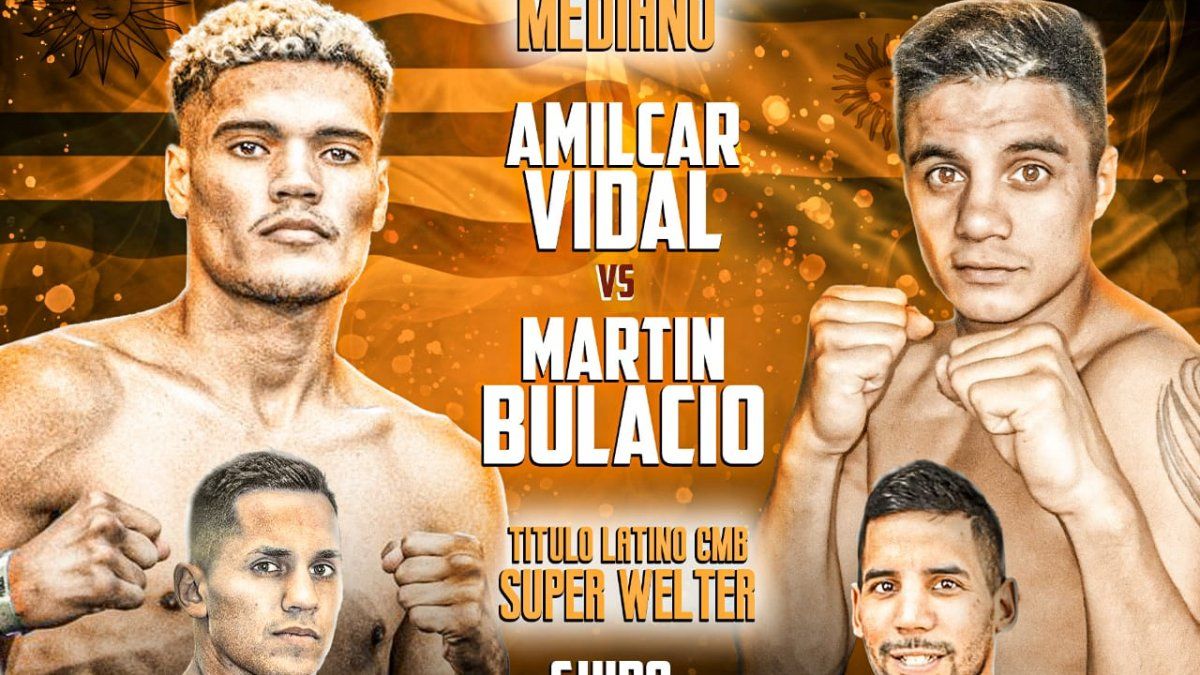 The undefeated Uruguayan knocker Amílcar "Pety" Vidal will give revenge to who, according to him, was the toughest rival of his career, Martín Bu

The undefeated Uruguayan knocker Amílcar “Pety” Vidal will give revenge to who, according to him, was the toughest rival of his career, Martín Bulacio from Cordoba, in the stellar fight of the evening to be held at the Roberto De Vicenzo Activity Center, from Berazategui, Buenos Aires, this Wednesday, December 29, in the last Argentine boxing show in 2021.

The main event will be for the WBC Latin title of the 72,500 kg (160 pounds) that Vidal holds and will lead this production of Sampson Boxing and Tello Box that will be transmitted, as always, by TyC Sports in its consecrated series “boxing De Primera”.

At the age of 25, the Montevideo native has been one of the most spectacular appearances in South American boxing in recent times, having built, in three years of professional career, a record of 13-0-0 (11 KO) with three bouts and as many wins in the United States (two by KO and one by decision). In his last presentation, on July 27, he beat Immanuwel Aleem on points in San Antonio, Texas, as part of the undercard headed by the Jermell Charlo vs. Brian Castaño fight.

But beyond the vertiginous nature of his career and his great achievements, “Pety” always maintained that his most difficult opponent was Martín Bulacio, the 32-year-old from Cordoba from Las Varillas, who faced the Uruguayan in May 2019, at the stadium of the Argentine Boxing Federation, where a wild, very changeable fight was staged, which Vidal managed to win by TKO 8, a distance he had never traveled before.

After losing to Vidal, Bulacio, with a 10-4-0, 7 KO record, bounced back with a points win over Fernando Battaglia and arrives ready for the chance to take revenge.

In the three fights that will complete the undercard on December 29, the presentation of the undefeated Buenos Aires super welterweight León Gavilán (4-0-0, 2 KO) against the left-handed Pablo Rojas (3-2-0) stands out.