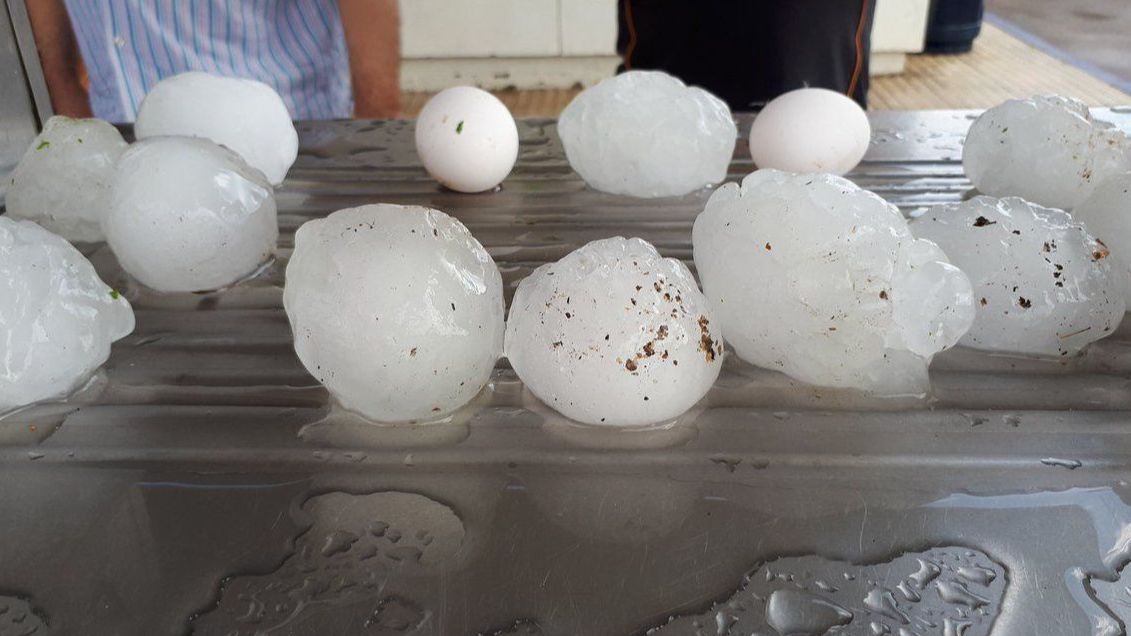 Hailstones the size of golf balls fell.The City Council has requested that a catastrophic area be declared90% of the peach harvest in Calanda has b

Hail balls larger than five centimeters, the size of golf balls have devastated the peach fields of several towns in Teruel. The Calanda City Council is considering requesting the declaration of a catastrophic area, after the strong hailstorm on Tuesday, which has devastated the crops that had survived the frosts of last April, so that between the 80 to 90 percent of production has been lost.

The mayor of the town, Alberto Herrero, explained that, in collaboration with the Government of Aragon and the central Executive, they are going to evaluate the situation and the possibility of establishing aid for the sector through this formula.

He has commented that most of the crops were insured against hail, but not against frosts, since of the magnitude in which they took place in April, when the trees are in bloom, it is not usual for this to happen.

Herrero has underlined that this municipality “is purely agricultural” and its main crops are the Peach of Calanda, which has a Protected Designation of Origin, the olive tree and the almond tree, all of them damaged, as well as cereal –wheat and barley–.

On the other hand, he pointed out that municipal infrastructures have also been affected and there have been breakage of tiles, on roofs and even on gutters, although the economic assessment has not yet been finalized.

“It’s a fateful year, I don’t remember one as drastic as this one”, in which the main economic sector of the municipality is going to suffer “great losses” since it is also necessary to take into account the increase in expenses due to the rise in prices, which was going to be faced because it was hoped that they would obtain a good price for the peach.

Herrero has shown his willingness to support the sector in any way possible. “These are difficult times, but you have to get out of them as has been done many times,” he said.

The mayor has commented that this Wednesday they are also on orange alert for storms. “Hopefully only water falls”, after a hailstorm, this Tuesday, with large stones, which occurred a little before 5:30 p.m. and was repeated half an hour later, “dry so the damage is multiplied”.

Tags: destroys, storm, harvest
G Lounge, the largest indoor golf in Latin America
PGA Championship, with the best golf LIVE on STAR+
As a golf destination, Dubai scores a hole in one
GOLF 1297