a work to commemorate the centenary of the Golf Club 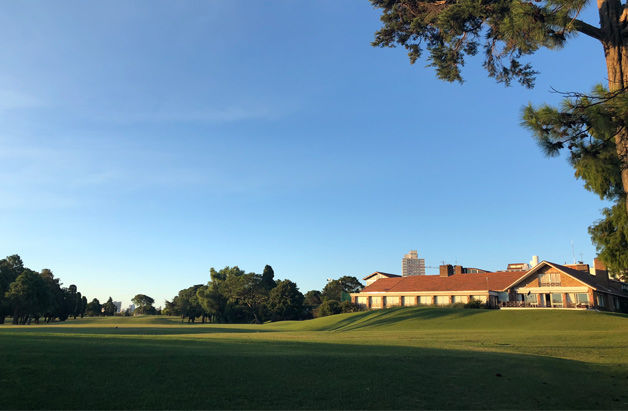 On the occasion of the celebration of the 100 years of the Golf Club in 2022, the renowned economist and sculptor Ricardo Pascale created a large-scale work that is located on the establishment’s own playing field.

In dialogue with Montevideo Portal, the artist said that to reach the final result he went through a creative research process, where he combined cognition and emotions. In this case, it was about incorporating a new object into the space made up of the golf course designed by Alister MacKenzie and the club’s building complex.

In this way, he defined the location and also the scale of the work, in such a way that it was consistent with the space and the pieces that make it up.

“In an event such as the centenary of the Golf Club, the elements that make up the sport have to be present in some way”, explained Pascale. That was how, after several studies, she was inclined to create a sphere. Then the question arose as to whether this sphere should be opaque or translucent, and she opted for the latter option.

Finally, he had to define in what material he would make the sculpture. For formal and climatic reasons he opted for iron, after which he decided that the color should be white.

Asked about what it means for him to have been summoned to carry out this work, the sculptor affirmed that having the opportunity to entertain the club on such an important date, which he has loved for decades, imposed on him a “considerable emotion” and also a ” Big responsibility”.

“This implied that the creation process was charged with an enormous commitment to the institution. The authorities, chaired by Ing. Agr. Santiago Fernández Secco, supported me in the different stages of gestation of the work. This aspect was invaluable to me,” said Pascale.