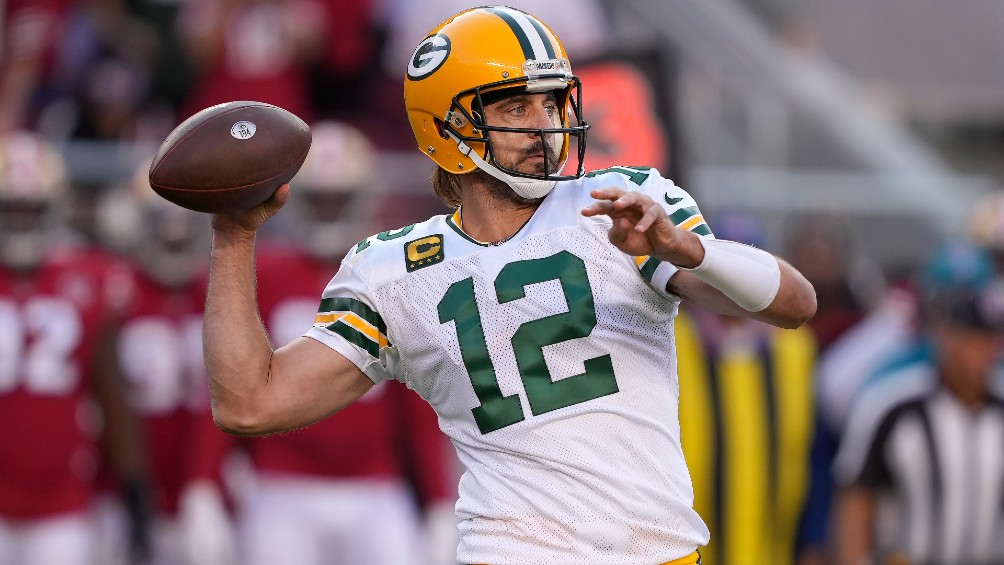 Aaron Rodgers completed two deep passes to Davante adams in a last minute drive, setting up the field goal from 51 yards from Mason Crosby on the l

Aaron Rodgers completed two deep passes to Davante adams in a last minute drive, setting up the field goal from 51 yards from Mason Crosby on the last play of the game that gave the Green bay packers victory over San Francisco 49ers by 30-28 on Sunday night.

Rodgers delivered for the Packers (2-1) after Jimmy Garoppolo gave to San Francisco the lead on a 12-yard touchdown pass to Kyle juszczyk with 37 seconds to play.

Green bay had no downtime, but Rodgers completed 25- and 17-yard passes to Adams to set up the winning kick and a raucous end zone celebration.

The return ruined the first game of the 49ers (2-1) with fans in their stadium since they beat Green bay in game for the title of the NFC of 2019. San Francisco rallied from 17 points to take the lead before being crushed by Rodgers.

Rodgers threw for 261 yards and two touchdowns to lead the Packers to consecutive victories after a 38-3 loss in the season opener to New Orleans. Rodgers had six passes of TD and no interception in wins over San Francisco (2-1) and Detroit.

The Niners returned home after back-to-back road wins in the East, but had trouble slowing down to Rodgers. The quarterback of the Packers got rid of the ball quickly to neutralize Nick bosa and the passing race of the Niners and was only caught once in the game in which he was victorious.

YOU MAY ALSO BE INTERESTED: NFL: PACKERS DOMINATED THE SECOND HALF TO TAKE THE VICTORY ENTE LIONS

Tags: last minute, 49ers, nfl
This is the incredible house that the former NBA wants to sell for 20 million dollars
Chris Paul renews with the Suns for four years and $ 120 million
Buffalo woke up in the second half to beat Miami
NFL 160