Aaron Rodgers guarantees the playoffs for the Packers 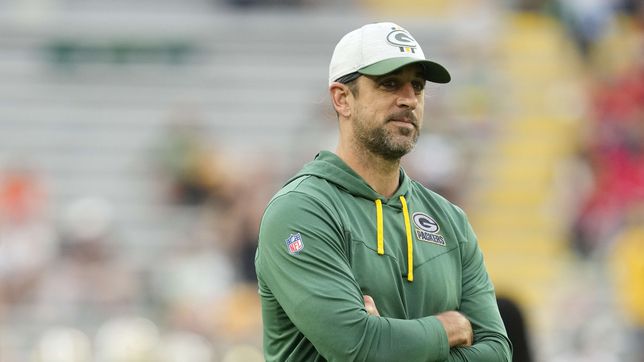 Aaron Rodgers guarantees the playoffs for the Packers

In 2008 the Packers bet on Aaron Rodgers and after 14 seasons in charge of Green Bay the California alumnus has only missed the postseason three times. In 2022 there is little reason to believe that the Wisconsin club will miss the playoffs and be an NFC benchmark even Brett Favre expects low numbers for Davante Adams without Aaron Rodgers in the locker room.

Despite initial doubts about Rodgers’ fate, the Packers didn’t suffer the rush the quarterback gave them in recent offseasons. In March, a month after the Super Bowl, the reigning MVP signed a three-year, $150 million extension that calmed down Brian Gutekunst and allowed the GM to address other club needs.

YOU MAY BE INTERESTED: Rodgers on retiring with the Packers: Definitely

The big question mark at Lambeau Field is called Davante Adams. Although Rodgers returned to the franchise, the wide receiver was traded to the Raiders, where he will play with his former college teammate Derek Carr. The departure of the Fresno State graduate is no small thing as Green Bay will lose the most productive WR of the last five campaigns (6,195 yards in that span).

The passing game situation is further complicated when you consider that two other major Rodgers options, Marquez Valdes-Scantling and Equanimeous St. Brown, left the NFC North in free agency. The only big name players still at Lambeau Field are Allen Lazard and Randall Cobb.

For 2022, A-Rod will have to employ a cast led by Lazard, Cobb and Sammy Watkins, who recently arrived in Green Bay via the market. Rookie Christian Watson and Amari Rodgers could be other options; however, the young WRs have not satisfied Rodgers.

The palliative of the Packers’ offense is the running game. AJ Dillon emerged as a viable option running the ball (803 yards, 5 TDs) and will pair up with Aaron Jones (799 yards, 4 TDs). In total, the organization accumulated 1,900 yards, valid for the eighteenth rung of the league.

Defensively the Packers finished as the ninth-best defense in 2021 (they gave up 5,579 total yards) and even though they lost Za’Darious Smith, they got stronger through the draft. Only in the first round of the draft did they take LB Quay Walker and DT Devonte Wyatt. In all, the Packers took five defenders in last April’s event.

The last element that works in favor of the Packers is their schedule. For 2022 Green Bay’s plan is the 11th easiest in the league with a combined record of 137-150-2 (.478 winning percentage).