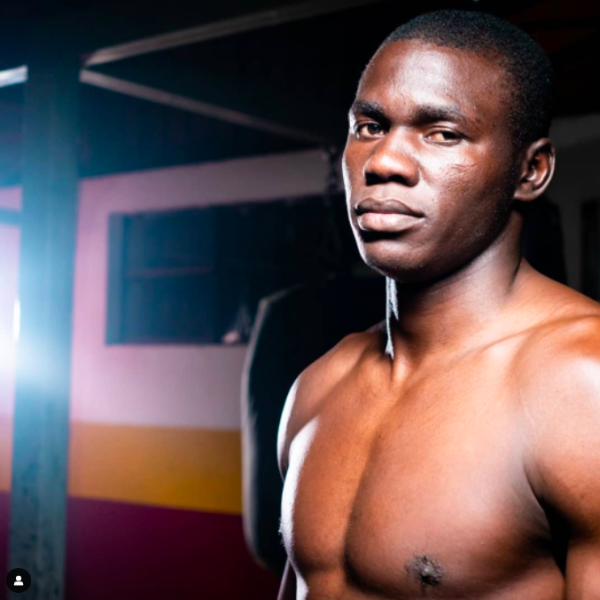 At the age of 29, he gets ready for the fight that could change his life. On June 4 he will fight for the World Boxing Council's Latin American

At the age of 29, he gets ready for the fight that could change his life. On June 4 he will fight for the World Boxing Council’s Latin American title in Quito.

Abel was born in Puerto Quito and has 10 siblings. “I am the last of the boys and then my twin sisters were born,” says the new hope of Ecuadorian boxing. At the age of 10, Abel fought a lot but in the streets. “He wasn’t a bad boy but he was very restless. Somehow he already knew that boxing was going to be my life,” he says.

Abel lost his father when he was seven years old and as a child he polished shoes in the streets while his mother washed clothes to be able to educate their children.

“I was bad at soccer and felt that I should practice some sport, at the age of 11 I started boxing in the city gym and I never stopped. Coach Carlos Vásquez told me that I had a lot of potential, as he had already discovered many talents, I was motivated. I never fought in the street again, my only fights were inside the ring”, concludes the athlete who was Bolivarian champion in 2009 and bronze medalist in the South Americans in Colombia in 2010.

Abel matured very quickly. He has few memories of his father, but he knows that he died of cirrhosis due to excessive alcohol consumption. “I have to take great care of myself to become someone. I have been boxing for 18 years and everything has a price. I don’t drink and I don’t go out to parties, my career comes first”, he says. When Abel arrived in Quito he was 13 years old, he was alone and every day he went to the “La Tola” gym where boxers of all ages fought to be someone. “I had a group of friends, we were all born between ’91 and ’93 and we had only one goal: to fight in the 2008 National Games.”

From that time Abel made soul friends and understood that amateur boxing was not going to take him anywhere. “I won all the fights I could imagine but as an amateur you always owe yourself to an institution. In 2018 I decided to be a professional boxer, now I owe everything to the country and my efforts”.

Today Abel trains at the Atahualpa Stadium in the boxing section. He has two shifts, usually in the morning he does cardio and in the afternoon he works on technique and spars with a partner. He is currently number 88 in the world and his record is quite positive. “I have won 16 fights and eight were by knockout,” says the boxer who is characterized by analyzing his rival, moving his legs a lot and combining blows.

When he has free time, Abel dedicates himself to social work through the Intl. WeLoveU Foundation. During the pandemic he helped the victims of the Cotopaxi floods in La Maná and Pujilí, he donated emergency supplies, masks, basic necessities and food to more than 500 homes.

THE FIGHT OF YOUR LIFE

His last fight was in February and he won a unanimous decision over Mexican Darío Ferman. With this victory, Mina was placed in the Top 5 of the Latin ranking of the World Boxing Organization. Now the Ecuadorian focuses on the fight on June 4 and hopes to win the Latin American title in Quito.

“They offered me fights in Russia and Hungary but I said no, I prefer to fight at home and improve my record. If I win the fight I will probably have the opportunity to fight in the United States. All boxers know what the goal is. There the prizes and visibility are greater”, affirms the super welterweight (164 pounds) who will have to lose 18 pounds before the next fight.

Abel Mina has the nickname “Authentic”, why?: “When I was an amateur, my colleagues told me that I was the blackest, the strongest, the most ‘authentic’. I decided to translate it into English and have it printed on my shorts when I fight. I know that in a short time they will present me like this in the United States, ”he says. Meanwhile “Authentic” trains in Quito and in his head is the North American dream. “I reached my best professional moment and I want to dedicate this victory to my mother, she is 68 years old and she always gave everything for her children, it is my turn…”.