“Abuse” and “persecution” of the Real for the three penalty points 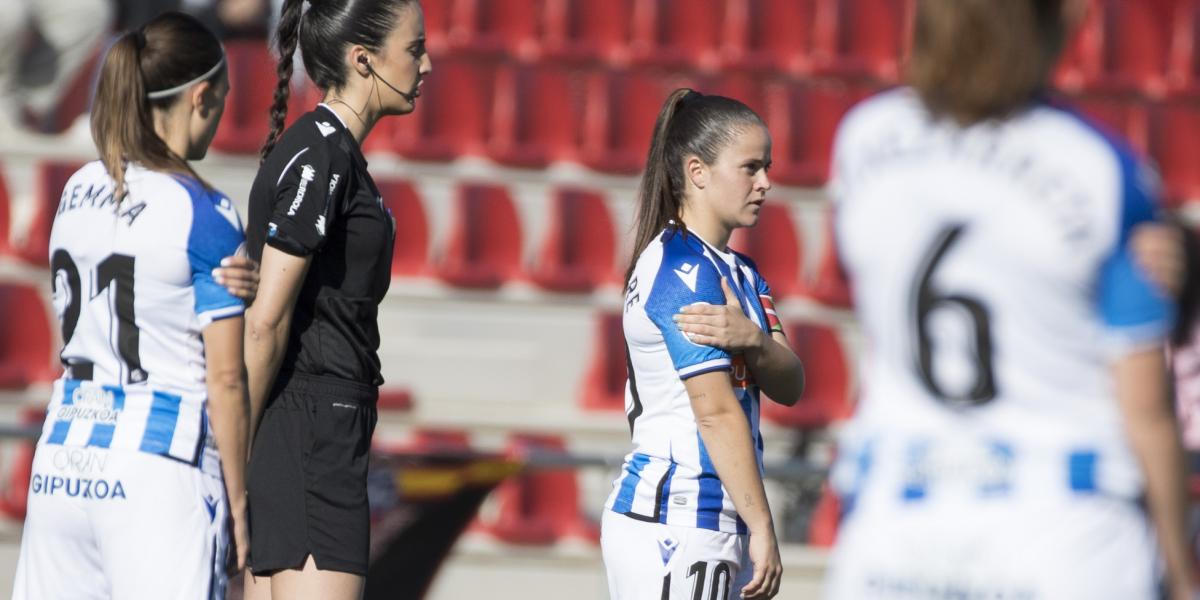 The Real has been involved in a controversial and highly debatable three-point sanction to which this Saturday the Association of Women’s Soccer Clubs (ACFF) has referred harshly. The body qualifies as “a new act of abuse and persecution” of the Spanish Football Federation (RFEF) the sanctions imposed on the Txuri Urdin, Levante and Villarreal. The Real footballers have covered the anagram that they wear on their shirts at the exact moment in which the start of the game against Atlético de Madrid has been decreed.

In a note released this Saturday, the ACFF has shown “its strongest rejection” of the three-point penalty in the standings for not wearing the league logo on the sleeve of the shirts. It is “an absolutely unfair decision, contrary to the law and which represents an unprecedented direct attack against women’s football, against female footballers, against coaches and against Clubs,” the statement added a day after the sanctions of the court judge were known. Competition for repeating the last day and fines to Rayo Vallecano, Betis and Valencia for not carrying identification either.

For the ACFF, “the RFEF must respect current legislation and, especially, its own General Regulations, which take precedence over any norm or competition basis” and “must assume once and for all that the First Division of Women’s Soccer is, since last June 15, an official competition of a professional nature, and that their role during the process of constitution of the professional league is limited to assuming on a provisional and limited basis certain aspects of management and coordination of the competition “.

“But above all,” he insisted, “the RFEF must stop hindering the growth of women’s football, apply a policy of persecution and punishment to anyone who does not agree with their interests, and trample on women’s football and the football players”.

The ACFF assured that “it will defend the soccer players and Clubs before all instances and will purify the responsibilities of all those who have participated in this act of abuse.”

After the notification of the sanctions, Real, as well as Levante and Villarreal, denounced a persecution by the RFER and confirmed that as of this day their women’s teams will wear the RFEF anagram “against their will” so as not to worsen the situation, while defending their interests in all judicial and administrative bodies, including the Higher Sports Council (CSD).

Loading...
Newer Post
Kid Galahad vs. Kiko Martinez, live
Older Post
NBA: Curry’s secret to being the best shooter ever: if he doesn’t come in clean, he doesn’t count