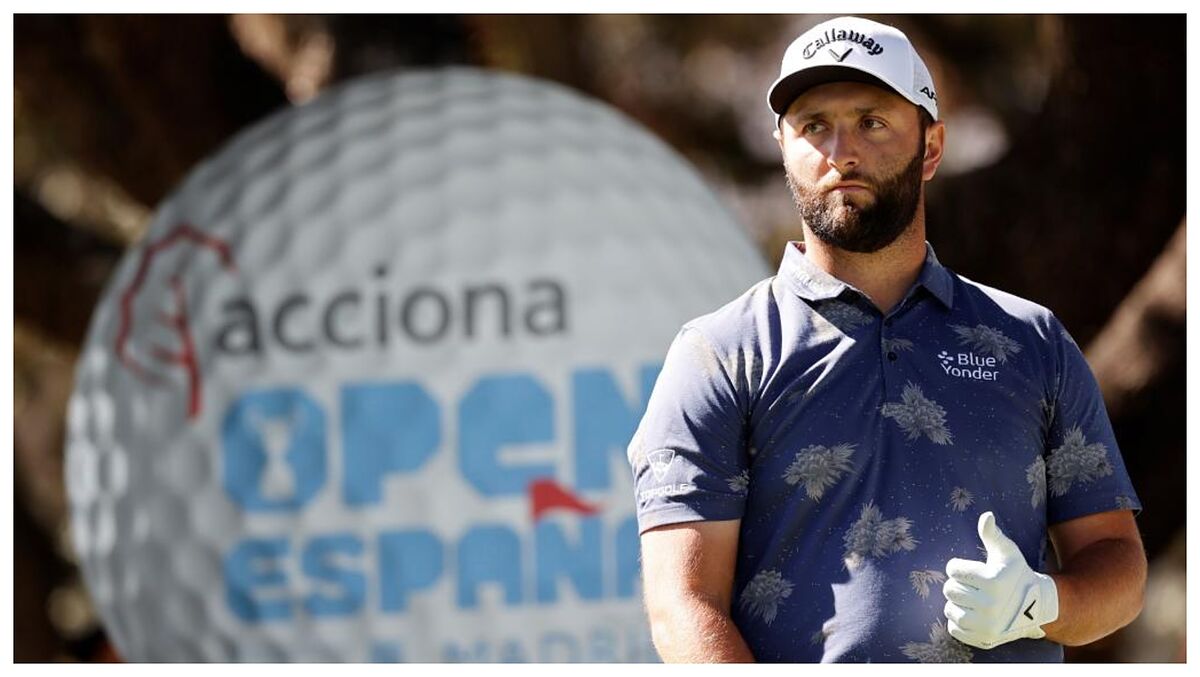 Cwhen Jon rahm he is not quite fine in a Spanish Open, he does 67 hits (-4), like today. To date, the history of the world’s number one tournament had a -4 as its worst result. This day, the Basque, who has us used to even golf looking easy, had to roll up his sleeves to save a few pairs. A eagle on the 14th hole gave life and a birdie on the 18th shot a task that keeps Barrika’s second in the rankings.

The leader is the Dutch Wil Besseling with 129 hits (-13), for the 130 of the Basque. The performance of Adri Arnaus was extraordinary, with the best lap of the day (64), and he placed second alongside Ross McGowan. Rafa Cabrera Bello (65) is three strokes from the leader and Paul larrazbal to four.

In another crowded day for Spanish golf at the Club de Campo Villa de Madrid, it was possible to see a Jon who considered bad some hits that many others signed. It is the level of demand that has taken him to number one and which keeps him at the top in the ACCIONA Open in Spain. “I have not had my best feeling, but the result has not been bad”, clarified ‘Rahmbo’.

That jon I will fail the fairways in the first two par five and I will not get money from those holes, it was not a good sign. But the fist finally came out on the next five, the 14th, after an eagle after a perfect putt. In fact, in general, ‘Rahmbo’ defended himself more accurately in the putts with pair commitment than in those of birdie. Let all of Rahm’s problems be shooting 67 and missing a few birdies along the way.

Tags: sports Center, Jon Rahm, Golf
“Having Niemann and Mito Pereira motivates, to know that it is not impossible”
Trip to Azerbaijan: Play golf in Baku
Matsuyama is determined to give excitement to the Zozo
GOLF 984

Loading...
Newer Post
Bittersweet night for the Spanish rookies in the NBA preseason
Older Post
More than 6,500 children injured by golf carts in the United States each year