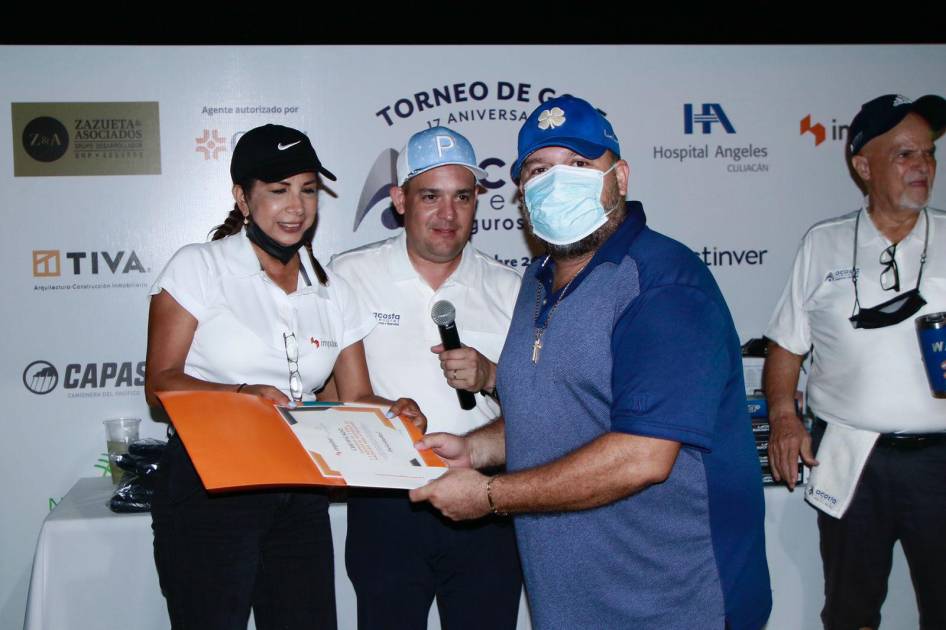 With more than 100 golfers on the courses, the first Golf Tournament was held by Acosta Asesores, Seguros and F Finanzas, on the occasion of the

With more than 100 golfers on the courses, the first Golf Tournament was held by Acosta Asesores, Seguros and F Finanzas, on the occasion of the celebration of its 17th anniversary.

With a bag of more than 2 million pesos in prizes to be distributed, in an event held at the La Primavera Golf Club, the participants lived a pleasant day full of emotions and camaraderie.

As part of the organizers was Jorge Palomino, who expressed his satisfaction for the great response that the call to this his first tournament had.

“We are very grateful for all the response from people, friends, customers and suppliers, the response we had was really incredible, it was a very pleasant surprise, because the quota was filled a week ago, and we can only say thank you ”, Stated Jorge Palomino.

Willy Acosta, also organizer of the tournament, stressed that there were many golfers who unfortunately could not enter the sporting event, since there were many people interested in entering, and they hope that for the next edition everyone will be included.

As part of the awards, Impulsa delivered one, which consisted of a three-day and two-night travel certificate in Mazatlán for four people.

Tags: Acosta Asesores
Resistencia began a comprehensive sewage operation in the Golf Club neighborhood
Koepka takes the duel with DeChambeau after a year of piques and reproaches between the two
Nadal reappears without crutches at a golf tournament
GOLF 304