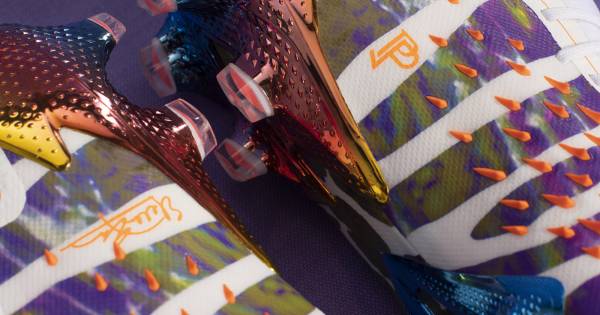 Are they to eat or are they to use? The new Adidas Predator Freak exclusive to Paul Pogba come with a historic detail: they are the first 100% veg

Are they to eat or are they to use? The new Adidas Predator Freak exclusive to Paul Pogba come with a historic detail: they are the first 100% vegan football boots, that is, they do not have any animal material, and were created by the renowned designer Stella McCartney.

“These boots are the latest version of the iconic Predator line, which fuses Stella McCartney’s distinctive design, innovation and sustainable values ​​with the expressive style and elite performance requirements of the World Cup winner and playmaker. of Manchester United, Paul Pogba “assures Adidas.

According to Adidas, the idea for these boots and a collaboration between Pogba and Stella McCartney began in May 2020 during the quarantine in the documentary The Huddle: “This not only revealed their passion for fashion, sports and brand building it also served to sow the seeds of this pioneering football co-creation. “

Adidas further reveals that “these Predator Freak offer the latest performance innovations with materials and components closely analyzed to ensure they meet both vegan and lite performance standards.”

“Adidas brought Paul and Amy together and that’s where this idea was born. Hearing how passionate he was about fashion and how much we had in common really sparked the inspiration to co-create this iconic boot,” revealed Stella McCartney.

The boots feature the well-known Adidas technologies: the PRIMEKNIT body, lightweight synthetic material, adorned with spikes on the back for an ideal ball hit. The boots, as revealed earlier, do not possess any animal material.

The boots will be priced at $ 320 for the elite high sock model and $ 250 for the more classic low model. They will begin to be sold exclusively in the Adidas app this October 22 and from November 1 in all the main stores in the world.

Tags: Adidas, Predator, Paul pogba
Wrestling or soccer? Pogba vs. Yerry Mina!
Pogba would get to a European soccer giant for free
(Video) Yerry Mina vs Pogba: The UFC key that the French made to the Colombian | Premier League
FOOTBALL 2326