Adri Arnaus finally opens the can in the DP World Tour 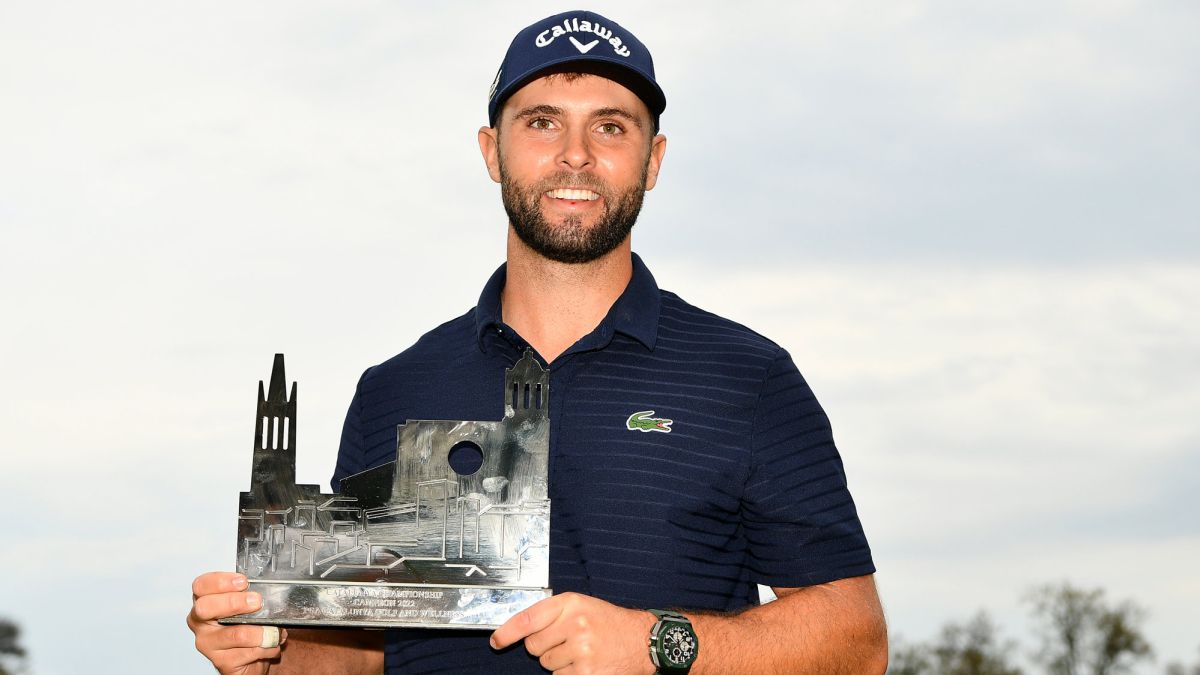 Adri Arnaus was a golfer with triumphs on his hands and in the end he has shown it. The 27-year-old from Barcelona won the Catalunya Championship

Adri Arnaus was a golfer with triumphs on his hands and in the end he has shown it. The 27-year-old from Barcelona won the Catalunya Championship this Sunday, his first victory on the European Tour, renamed this season as the DP World Tour. He did it with a tremendous burst of inspiration: a return of 65 shots, seven under par, to tie at -11 in the accumulated with the South African Oliver Bekker, who sailed through the top of the table throughout the event and only gave up after six playoff holes.

In that epic give and take, Arnaus buried all the ghosts. He was beginning to pursue a certain aura of a golfer with problems to finish off. Nothing further than what happened this time. To the punch that he has always had, he added the tusk, with a perfect lap that included five birdies and an eagle. Not a single bogey was awarded at the PGA Catalunya Golf and Wellness Stadium Course in Girona. Bekker, with wet gunpowder (he was the leader and did not pass par), suffered from the persecuted syndrome. Arriving at the playoff, Arnaus was the one with the upper hand.

The first trophy of this Texas A&M product, with the profile to end up playing one day in the PGA and that this Monday will be placed very close to the world top-50, which gives access to important tournaments, is the third of Spanish golf in what It’s from 2022. 84 appearances and 19 top-10s have cost Adri to open the can. From now on her ceiling is high, because the quality is there.

The previous two national victories were the work of his countryman Pablo Larrazábal, who won the MyGolfLife Open in South Africa in March and last week he was the best in the ISPS Handa Championship of Tarragona. Two appointments in a row in Catalonia, two Catalan victories. Everything stays at home.