After an agonizing wait, a door to the title arrives for a Venezuelan boxer from Miami 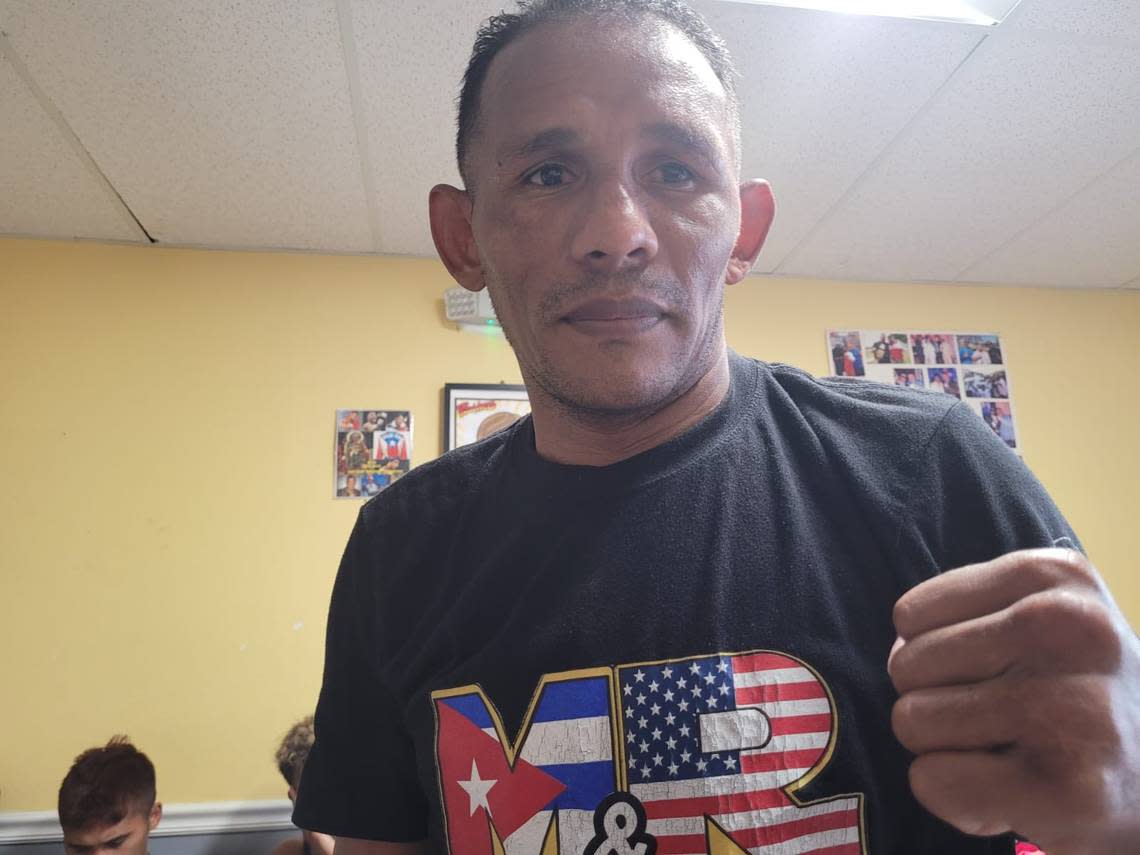 After all, there is a light at the end of the tunnel for Ismael Barroso. The Venezuelan appears to have found a path to a world title fight, but h

After all, there is a light at the end of the tunnel for Ismael Barroso. The Venezuelan appears to have found a path to a world title fight, but he must first overcome Argentine Fernando Saucedo in the ring at the Seminole Hollywood Hotel and Casino in Fort Lauderdale on Saturday.

The boxer from the company M&R Promotions will be very aware of the World Boxing Association championship fight between Alberto Puello and Botirzhon Akhmedov, because that would be where his next rival would come from, as long as he comes out on top at the Premier Boxing Champions evening.

The Venezuelan Barroso, number two in the rankings and who has been waiting for a match of this importance for years, knows that nothing is written in stone in this sport, but he faces the commitment against the Argentine Saucedo as if his life depended on it.

How do you get into this fight?

“We are very well prepared thanks to my trainer Moro Fernández and we are convinced that this fight will be a step to look for better opportunities. That’s why we arrived in the best physical and mental shape possible against an experienced opponent.”

They tell me that with PBC you are guaranteed two more fights, one of them for the title.

“Yes, we have that agreement, but the first thing is to focus on winning this fight on August 20, but we know that stronger fights are coming. We are going to be ready for whatever comes, for whatever rival it may be”.

After so much waiting and frustration, finally a light in the tunnel.

You haven’t seen yourself on national TV in a long time, on a great evening.

“Yes, for a long time we haven’t felt that adrenaline of fighting on a big stage, but this August we are going to show what we have for this and for the others to come. We have lived ups and downs, but we are still the same human being, a humble person. I look at the bad things that happen around you, but always moving forward.”

What did you do to not despair?

“Seek God in my prayers and family. The family because all this is a sacrifice for the family. I received a lot of support from my work team, from my colleagues. I feel that I am in one of my best boxing stages, better than in the past. God has strengthened me.”

Deron Williams goes boxing, and fight … against a former NFL player !!
ANDY CRUZ returned to DANCE on the ring and is going to repeat the gold – SwingCompleto
Eva Longoria: Mexican or American? The actress talks about her nationality
BOXING 4238