After his professional debut in Mexico, Cuban boxer turns his back on the “contracted commitment” 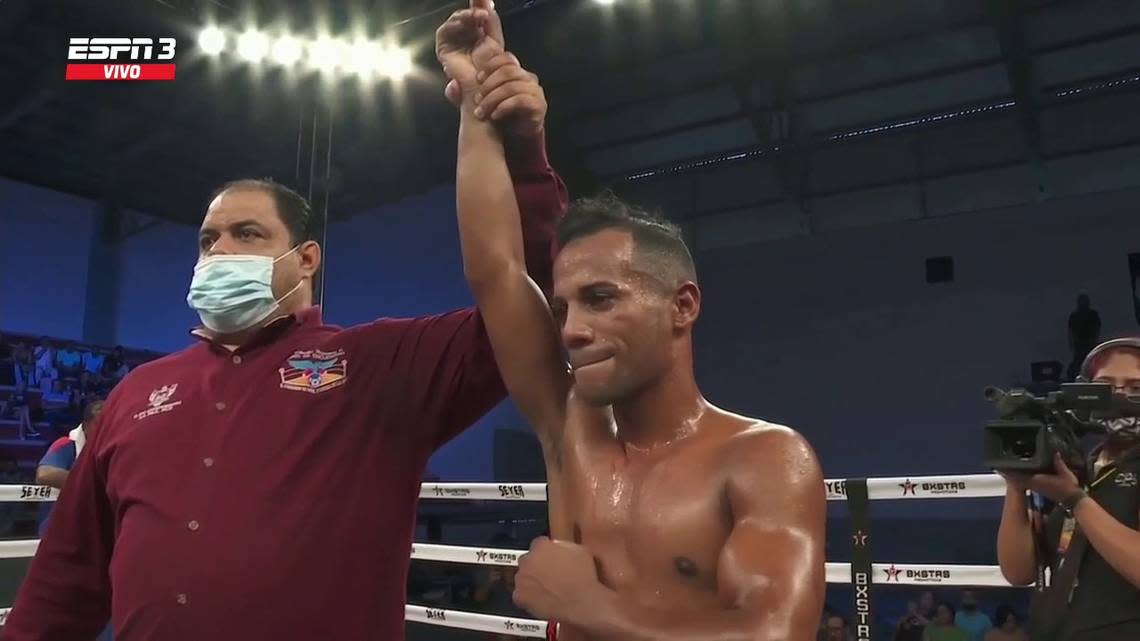 After winning his first pro fight, Billy Rodriguez literally turned his back. The Cuban boxing authorities recognized that the Cuban boxer left th

After winning his first pro fight, Billy Rodriguez literally turned his back. The Cuban boxing authorities recognized that the Cuban boxer left the place where he was in the Mexican city of La Paz shortly after defeating Miguel Angel Luna.

“Domadores de Cuba reported that, “turning his back on his contractual obligations, Billy Rodríguez decided not to return to Cuba after making his professional boxing debut last night,” the publication Jit posted on Twitter. “We condemn his attitude, outside the contracted commitment.”

Specialized in sports issues and controlled by the Cuban regime, shortly after the victory by knockout in the second round, the digital magazine had extolled the merits of the Antillean, “when Billy showed the solidity of his right hand against a man with 14 previous incursions of that type (five smiles and nine backhands)”.

Although his whereabouts are unknown, it would not be unreasonable to think that Rodríguez is heading to the border with the United States to try to reach the Mecca of boxing and continue his career in paid boxing, as dozens of his compatriots have done.

Rodríguez’s victory means the tenth reached -without the shadow of a defeat- by the Cuban boxing squad, since it debuted in the professional arena on May 20, but these incursions have not been without controversy.

The one who was thought to be the biggest attraction of the squad, the Olympic gold and world champion Andy Cruz, and who was caught in June in a failed attempt to leave the country illegally, was expelled from Cuban sports for his “repeated indiscipline,” according to reports. the National Boxing Commission.

Despite the announcement of Cuba’s inclusion in professional boxing, boxer escapes have continued, as exemplified by the cases of Kevin Brown and Herich Ruiz, who escaped from a tournament held in early 2022 in Ecuador.

Along with countryman Orestes Velazquez, Brown will make his highly anticipated eight-round debut against former Nicaraguan world champion Jose Alfaro at an evening of Bally Sports Presents: Entrobox Championship Boxing Card on Sunday, August 21 at the Caribe Royale in Orlando.

Boxing: Andoni Gago, facing a decisive fight
International scandal: a fight was stolen from an Argentine boxer
Which boxer did Mike Tyson bite and why? That’s how…
BOXING 4163