Aitor Nieto: “I am retiring as a boxer, but I will continue as a promoter” 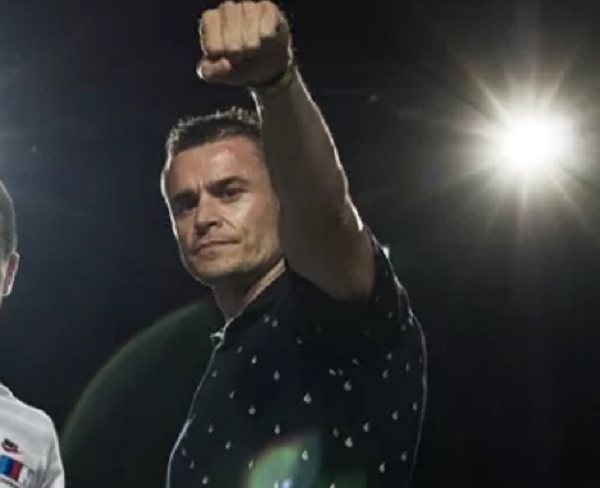 After the beautiful tribute received last night by one of the greats of Asturian boxing in recent times, the man from Ovi

After the beautiful tribute received last night by one of the greats of Asturian boxing in recent times, the man from Oviedo Aitor Nietosix times champion of Spain, wanted to say goodbye as a boxer to the fans at ESPABOX.

«This was already my last fight, my manager Néstor Domínguez told me that I could not leave after the defeat against Jon Míguez, and we decided to organize this fight to say goodbye to the public, to whom I am very grateful for all the support of these years».

As he told us a few weeks ago, “I no longer have time to train, or to rest, or to care for my family, and at the level I have in the world of boxing, I should have time to dedicate myself much more”.

Aitor Nieto will continue with his gym. “I have good boxers in my gym, the Aitor Nieto Sports Center, in the Polígono Águila de Nora de Oviedo, and now I want to dedicate myself to making them champions, I have a good quarry”.

He also wants to focus on organizing evenings as he has done lately with Néstor Domínguez. «I want to organize evenings, at the moment I have an amateur in the Asturian town of Riesa on November 5. Later more will come, and hopefully with some Asturian professional figure that will emerge. Some of my boys and girls will go professional soon».

We wish you the best of luck in your new life, champion.

Video: Nicaraguan boxer risked his life to save a puppy from drowning by cyclone ‘Julia’
‘He was poor and needed to eat’; Pacquiao made his illegal boxing debut
Canelo vs. Bivol: they set a date for the possible rematch between the two
BOXING 4878

Loading...
Newer Post
How to buy tickets to see the Argentina-Chile women’s match at the Kempes October 2022
Older Post
The technicians who will seek glory in the World Cup in Qatar-2022