Alan “Rey” David Picasso, hand in hand with SINDE, seeks to reach the next level 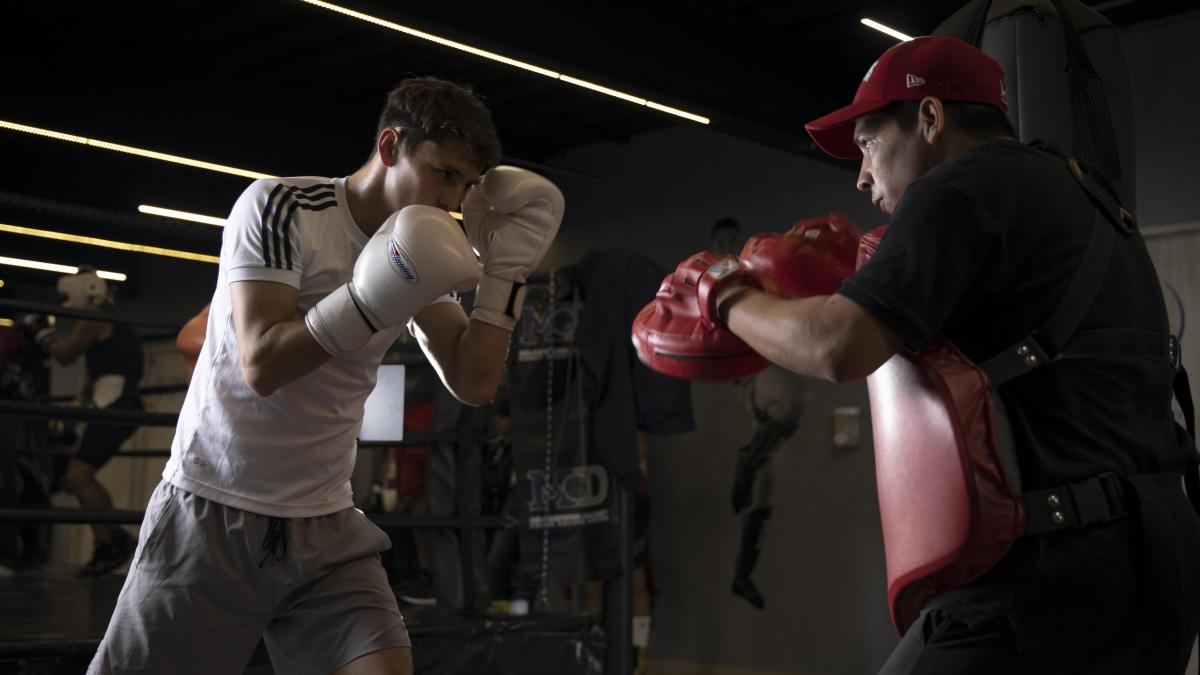 Alan "King" David Picassoa 22-year-old boxer, is one of the great jewels of Mexican boxing and sports, and he is also the leader of the SINDEan or

Alan “King” David Picassoa 22-year-old boxer, is one of the great jewels of Mexican boxing and sports, and he is also the leader of the SINDEan organization that seeks to promote sports in the country.

SINDE is an organization focused on the promotion of sports and the promotion of athletes in Mexico and Latin America and The reason was able to speak exclusively with Bernardo Soto Borja EscobarFounder and Director of SINDE, in addition to david picasso.

“It is a platform that seeks to raise awareness in society, to support Mexican sports. We saw an area of ​​opportunity for support because there is great talent in Mexico, there are many young athletes who already have achievements, but the focus has not been placed on them and by making them known to society, they will be able to be self-sufficient, because most athletes pay for coaches,” Bernardo Soto Borja began by saying.

Director of SINDE revealed that the time of support that the athletes will have is two or three months and that the prospects to promote have already been studied (in disciplines such as tennis, basketball, walking, motor racing and golf), in addition, he gave his arguments on why it was the young boxer the first athlete to be helped.

“He is young, he has had results, he is a great boxer, it is a national sport. History has shown that we have good athletes in this discipline and he is very studious, with a good average. I see a lot of development in the future”, confessed the founder of the project.

david picasso match two of your greatest passions; boxing and school; The fighter has already been the World Boxing Council (WBC) youth champion twice in the featherweight and super bantamweight categories, and has an undefeated professional record in 21 fights, of which 10 he has won by knockout, with one draw.

At his age, these are impressive results in a career on the rise, but he is not only an outstanding athlete, because currently, along with his boxing routines, he is studying Neuroscience at the National Autonomous University of Mexico (UNAM) with the dream of aspire one day to win a Nobel Prize.

“It’s a very long routine, it stopped me at 4 in the morning, I do my first training routine and at 9 I have my first classes, although I leave at 3. Then I have my training session which is already pure boxing and in the night I do functional work, I do my homework and I have dinner, to repeat everything the other day”, revealed the WBC youth champion.

David “King” Picasso He is a lanky boxer, with technique to spare and he had his last fight on April 9 for the North American championship, however, he is already thinking of holding a world belt in the super bantamweight category where the monarchs are Stephen Fulton (CMB and WBO) and Murodjon Akhmadaliev (WBA and IBF).

“I am 22 years old and I always wanted to be world champion before I was 22, it was no longer possible, but they tell me that there is very little left since I am listed as number six in the world. What SINDE is doing is that it is putting me a little plus that reflector that I needed so that people know me better”, assured the boxer.

In summary and in the words of Bernardo Soto Borja Escobar: “One of our goals is that athletes who are beginning their professional careers are seen and supported by sponsors and support organizations, as we are convinced that sport is an essential part of a comprehensive life in which it coexists with study, family, friendships and personal development.

Tags: box alan rey david picasso mano sinde seeks to reach the next level
‘Corruption and incompetence’: Bradley Skeete retires from boxing at 34 after watching Catterall steal from Taylor
They will find everything in the Municipal Boxing Tournament
Boxing gloves, to exercise and eliminate stress
BOXING 4191