Alberto Palmetta: the Argentine boxer who received financial help from his students to settle in the United States and fight for his great dream 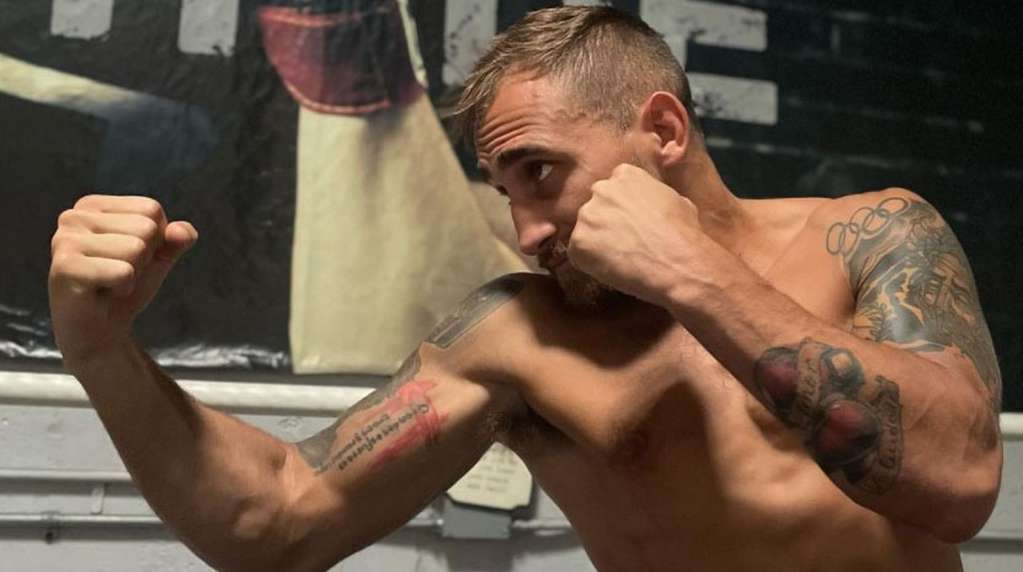 Alberto Palmetta is hungry for glory. That voracity has endured since he started at the Tigre Box in Victoria when he was 14 years old, under the

Alberto Palmetta is hungry for glory. That voracity has endured since he started at the Tigre Box in Victoria when he was 14 years old, under the watchful eye of coach Claudio “Pachorra” Moreno.

In the environment he is known as Beto, who began to take on significance as a fan, with the call for the selection included.

Palmetta was one of the members of the Los Cóndores franchise, where he was considered a benchmark within a large group of boxers. In those tournaments framed within the World League, he is reminded of intense confrontations with the Venezuelan Gabriel Maestre.

Read also: Boxing returns to Luna Park: history of a stadium that mobilized Buenos Aires and opened the doors to glory.

“Being an Olympian was the greatest thing that could happen to me.” With this, he is proud to have participated in the Rio 2016 games, where he was able to play only one match, as he lost to the Mongolian Tuvshinbat Byamba in the first round.

Throughout his career Palmetta had high-ranking opponents. This admirer of the Ukrainian Vasyl Lomachenko remarks that the most complicated and most relevant rival was the Cuban Olympic champion Roniel Iglesias.

And finally it was time to make a decision. As he did not agree with the handling of professional boxing in the country, he knew that he had to choose between two paths. “Either I would retire or travel abroad to continue my career. I am a physical education teacher and I could dedicate myself exclusively to it. “

In Palmetta’s decisions, psychologist Nelly Giscafre occupies an essential place. “She told me that if I was sorry, I would go to the United States, don’t hesitate. My students also pushed me to make the decision. They even helped me pay for my ticket ”.

Beto, who at some point in his career had the advice of Maravilla Martínez, already with great nostalgia told us about his departure to the mecca of boxing. “I went to the airport with my relatives. With a feeling of regret, I greeted, kept walking and never looked back ”.

Palmetta’s life in the United States

The outstanding welterweight came to the United States ready for anything. He settled in West Palm Beach, Florida state. There he was introduced to coach Charles Mooney, who was an Olympic medalist at Montreal 76, and also a partner with the notable Ray Sugar Leonard.

Beto loves his coach very much. “He is like a father to me. We live talking about everything. The first day we met, I introduced myself and told him I was an Olympian. Mooney looked at me suspiciously. “

Palmetta with emotion finishes the end of that meeting for us. ” Mooney Googled, put his cell phone aside, and gave me a hug. He told me that we were already family, because we Olympians will always be family. This is how the relationship with my coach began ”.

The Argentine is clear that he is in a division full of figures. Despite not resigning himself to being a world champion, he understands that this is a complex job and that he already has to look further.

With 31 years and almost 50 fights made, Alberto has been living in the United States for 3 years and tries to project his future. “I speak English very well, but I’m still learning it. In the future I would like to improve myself in communication, management and teaching ”.

On October 30, Palmetta won a vital fight. At MGM in Las Vegas, he won by points over Colombian Yeis Gabriel Lozano.

It was 8 dizzying rounds where Palmetta reflects on that split-ruling win. “It was something divine, spectacular. I don’t know if I put that much focus on the place, but I did on the situation. I want to be a world champion and I try to keep my feet on the ground. I was part of a great promotion and that makes me very happy ”.

Alberto has 3 brothers. They are Yesica, Lorena and Luis. Yesica has a very special closeness to Alberto, because he is a journalist specializing in boxing. “We learn from each other,” Palmetta tells us from West Palm Beach.

Not only did Yesica Palmetta walk her brother’s athletic trail, but she also wrote a book on Yesica Bopp called “The Girlfriend of Boxing.”