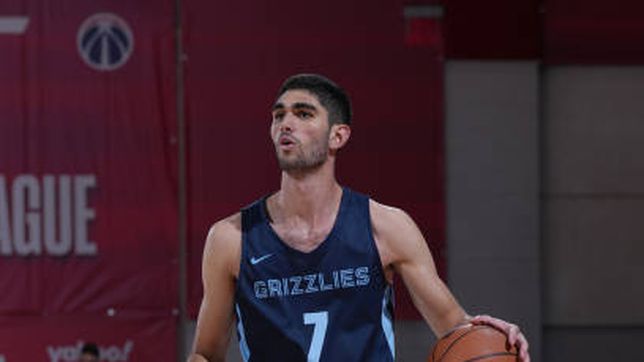 The talented Canarian power forward recognized that he carries his land in his heart, praised his teammate Ja Morant and defined his NBA debut as v

The talented Canarian power forward recognized that he carries his land in his heart, praised his teammate Ja Morant and defined his NBA debut as very complete, among other things.

First of all, Santi Aldama confessed that “I miss everything about Gran Canaria. Even if I’ve been away for three years, it doesn’t get any easier being away. I have been lucky enough to grow up on a wonderful island and, the more I am away, the more I miss the island, my family, my friends, the beach… In Gran Canaria we have it all and you couldn’t ask for more. Luckily, I go every summer and enjoy my land as much as possible”.

In this sense, the Memphis Grizzlies player assured that “the simple fact of going to a city that is not yours is another factor to take into account and adds difficulty, in quotes. The day to day and the level of the matches is very demanding. This season we have played more than a hundred games. It’s something I had thought about less, but it’s hard to adapt a bit”.

In relation to his debut in the best league in the world, the Memphis Grizzlies player revealed that “it has been a very good and complete season collectively and individually. I enjoyed many minutes in the NBA and in the linked team. Minutes that help me to work and be at my best, now in the summer, and for the coming season”.

The former student and player from Canterbury School highlighted the great basketball atmosphere that is breathed in the city of Memphis and revealed the name of the teammate with whom he has the best relationship: “In Memphis, sport is very present, people are great fans of the team and I have felt welcomed from day one. We all get along very well in the locker room and it shows on the track and off it. When we have free time, we do a lot of things as a team. With Steve Adams I get along very well and we spend a lot of time off the track.

The young player confessed that “the biggest leap I have come across has been that there are players with a mix of physical attributes, speed and strength and shooting ability. And it is difficult to defend players of that type”, while choosing a regular league game against Oklahoma as the best memory of the NBA season: “On a collective level, the game against Oklahoma was the best, because we broke many records franchise and NBA level. We had a lot of fun on the court, we all played and we moved the ball very well. Overall, we had a great time.”

Finally, Aldama defined the undisputed leader of the Memphis Grizzlies and one of the best players in the world, Jamel “Ja” Morant, in this way: “If I had to define him in one word, I would say that he is spectacular because of the things he does in games. and in training. Things that seem superhuman. Also, he is a very good leader. At only 22 years old, he has been one of the best in the league and has led Memphis to the second round of the playoffs and that has a lot of merit”.

NBA: DeAndre Jordan takes the oar out for a walk: hit in the face of his rival
NBA: Warriors cheat: playing with Curry shouldn’t be allowed
Dallas Mavericks – Utah Jazz live
NBA 3184