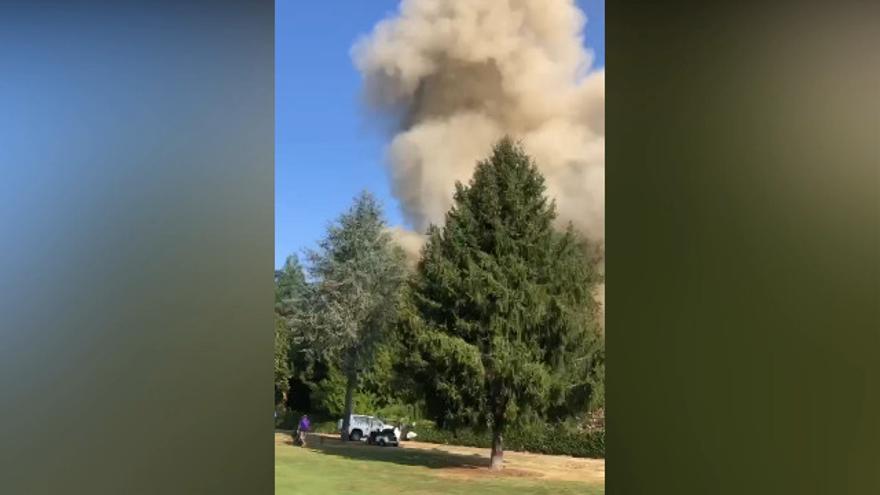 The players who were hitting the gol

The players who were hitting the golf course of the Council of Mondariz-Spa, which is part of the hotel and thermal complex, were alerted when they saw a column of smoke coming out of the wooded area very close to the holes. And it is that, according to reports 112 Galicia, there was a fire in a house attached to this sports venue. Apparently the fire originated in the kitchen of this house, an incident reported by an individual at 09:45.

There were no injuries, and the firefighting services attended the scene, in this case, the Firefighters of O Baixo Miño. The GES of Ponteareas, the Civil Guard of Pontevedra and the Mancomunidade Oitavén-Tea were also notified.

Tags: countryside, Spa, fire
Folgado denounces the abandonment of the “dels Garrofers” football field in Torrent
The fire damages part of the golf club field in Congosto
IU and Podemos ask to review the golf course file together with Medina Azahara whose license they believe is “fraudulent”
GOLF 1532