Alesi: “Having a teammate like Verstappen is not easy” 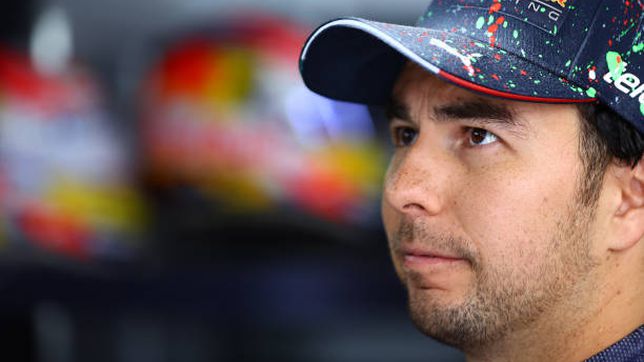 Sergio Pérez is in his second season for Red Bull and is currently third in the drivers' standings. Last season he had problems adapting to Red Bu

Sergio Pérez is in his second season for Red Bull and is currently third in the drivers’ standings. Last season he had problems adapting to Red Bull but his good results made him renew another year with the energetic brand. This year he has better controlled the pace of the Red Bull in the first few races. He even dominated Verstappen throughout the Monaco weekend where he ended up taking his only win of the season. This made him renew until 2024 with Red Bull. He has signed six more podiums.

Former Formula 1 driver Jean Alesi has valued the mental strength of Sergio Checo Pérez since on the other side of the box he has a beast that is fighting to win his second consecutive world title. “Having a teammate like Max Verstappen is probably not easy. In all the new circuits that we have, like Miami, you see the times of the first laps and Max is almost always faster than his teammate, ”said Alesi in an interview to Givemesport.

The former French driver believes that the great distance in both championships will make Verstappen and Red Bull win against Leclerc and Ferrari. He also comments that Max is at his best level since Red Bull gives reliability and confidence to the driver in each race. “He has a strong team, they don’t make mistakes. So we can definitely say that they are in a good position. But it’s motorsport, anything can go wrong. But if I have to bet, it’s Max and Red Bull,” he concluded.

What do Max Verstappen and Lewis Hamilton need to win the title?
Who are the F1 drivers? Alex Albon’s B-side: Maxim’s “fake Thai” who carries the weight of her imprisoned mother
These are the best teams in the history of Formula 1
FORMULA 1 2372

Loading...
Newer Post
Why can’t ‘Chito’ Vera display the Ecuadorian flag in the UFC octagon?
Older Post
Tickets for the 49ers vs Cardinals for the Azteca Stadium are sold out on the first day of pre-sale