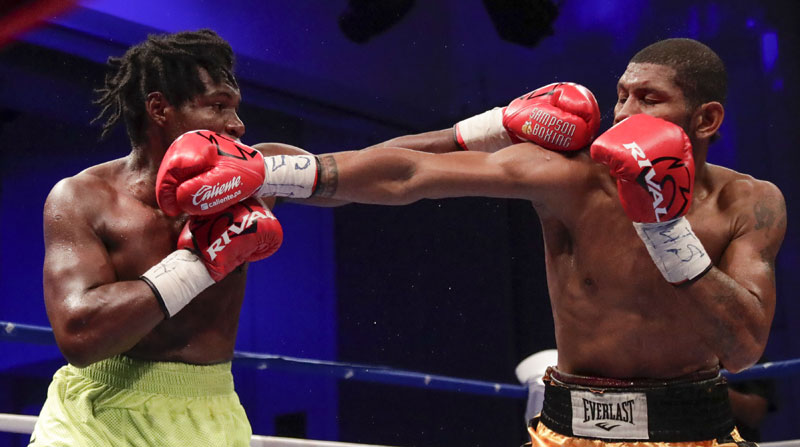 The Panamanian Alexander Duran He achieved, on the night of April 29, 2022, a unanimous decision victory over the Ecuadorian boxe

The Panamanian Alexander Duran He achieved, on the night of April 29, 2022, a unanimous decision victory over the Ecuadorian boxer Edwin Bennett at the closing of the Box and Roll evening, which took place in a hotel in Panama City.

The three judges, after eight rounds without much action, defined their scores 80 by 72 to thus reaffirm the victory in an indisputable way for the Panamanian boxer.

Throughout the fight, Durán did not have much trouble overcoming the Ecuadorian who did not put more pressure, before the attacks of the Panamanian, who knew how to use his distance to hit his rival with good combinations at will.

Ecuadorian boxer Edwin Bennett put up a bit of a fight in the eighth and final round, but Durán knew how to walk the ring to avoid punishment from his rival, who before that round had done nothing to squeeze the Panamanian.

With this victory, Durán leaves his record at 21-0-7ko.

Bennett, who is called ‘The Supernatural’, had a record of 15 wins and three losses.

Bennett turned professional after five years of training as an amateur in the traditional La Tola gym. He has won international titles, including the one he received in 2018 when he defeated the Peruvian by TKO Allan Paredes.. On that occasion he won the World Boxing Council’s Latin American championship in the Welterweight category (147 pounds).

A historic night for ‘Chito’ and Ecuador! 🔥👊 Marlon Vera vs. Font: Schedules and where to watch the fight » https://t.co/wuPDa2GJzl pic.twitter.com/PdWAim3vKf