Alexander Zverev, gold in the tennis of the Olympic Games 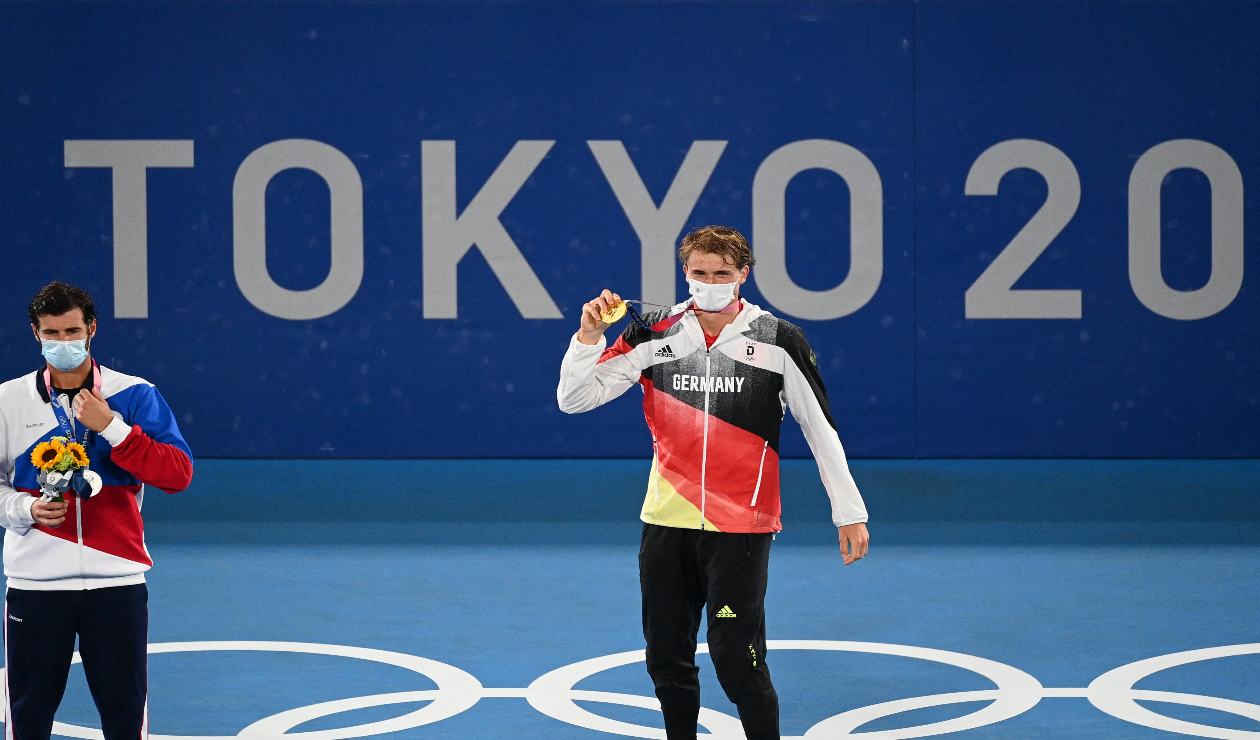 The German, who in the semifinals defeated the great favorite of the tournament, the Serbian Novak Djokovic, beat the Spanish executioner Pablo Carreño in the semifinals by a clear 6-3 and 6-1 in just over an hour and 20 minutes of play.

Launched after his great triumph the day before against the world number 1, which left Djokovic without the possibility of winning the Golden Slam (the four &#8216;big&#8217; tournaments of the circuit and the Olympic gold in the same year), Zverev again relied on his effective service (26 points won with his first serve of 31) to dominate the match.

Zverev achieves the most outstanding triumph of his career in Tokyo, in which he does not yet have a Grand Slam after several disappointments, such as the final of the last US Open when he let slip a two-set lead against Austrian Dominic Thiem.

Member of the so-called &#8216;NextGen&#8217;, the generation of tennis players that must take over from the three great dominators of the circuit in the last two decades (Federer, Nadal and Djokovic), the German also has a victory in the Masters (2018) and four Masters 1000, the highest category tournaments except the Grand Slam.

Khachanov For his part, he did not give the level exhibited on Saturday in his resounding victory over Carreño, who accompanies the German and the Russian on the podium of Tokyo-2020.

In another final of the last day of tennis in Tokyo-2020, the Swiss Belinda Bencic was left without the possibility of making a double, when she lost, pairing with Viktorija Golubic, against the Czechs Barbora Krejcikova and Katerina Siniakova the match for the medal of gold in the female double.

Seed heads number 1 and winners already in three Grand Slam tournaments (including the last Roland Garros, in which Krejcikova also won the individual), the Czechs clearly prevailed 7-5 and 6-1.

Bencic had won the Olympic finals in singles on Friday, defeating Marketa Vondrousova, also Czech, and left Tokyo with two medals, one gold and one silver.

The Tokyo-2020 tennis tournament closes without any of the calls to hang the gold meeting expectations.

If many of the stars have already given up traveling to the Japanese capital (such as Rafael Nadal, Roger Federer, Serena Williams or Simona Halep), those who did travel did not respond either.

Not only Djokovic, who leaves empty-handed after giving up on Friday to play for bronze in the mixed double, but also Russian Daniil Medvedev (N.2), who was defeated in the semifinals by Carreño, and Greek Stefanos Tsitsipas (N .4), eliminated in the round of 16 by France&#8217;s Jéremy Chardy.

The top favorites, Australia&#8217;s Ashleigh Barty and Japan&#8217;s Naomi Osaka, fell prematurely. The world number 1 was eliminated in the first round by the Spanish Sara Sorribes and the local idol, who had not played since her retirement at the last Roland Garros citing &#8220;mental health&#8221; problems, reached the third round, where she lost to Vondrousova.