Alicante in the world golf elite 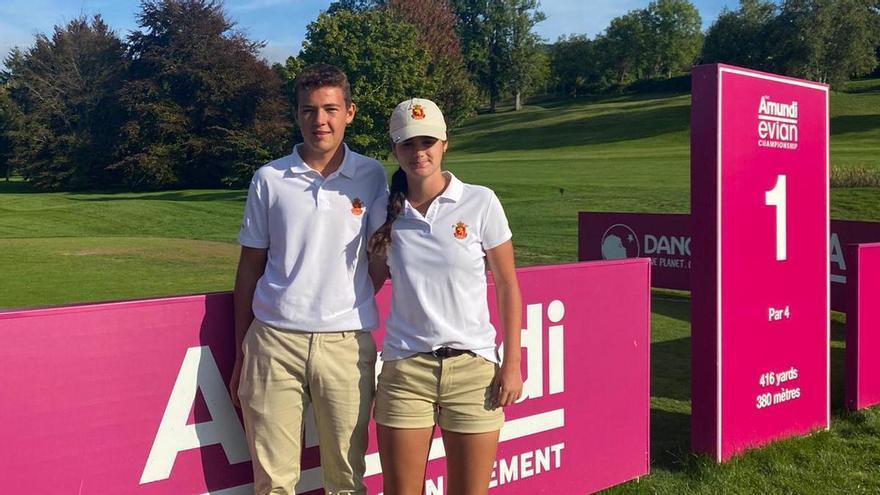 You could say that The Amundi Evian Juniors Cupthe benchmark tournament for World Youth Golf, is a cunofficial world championship

You could say that The Amundi Evian Juniors Cupthe benchmark tournament for World Youth Golf, is a cunofficial world championship. It is, without a doubt, the tournament par excellence for the future promises of this sport, to which the best players from the United States to Japan do not hesitate to attend. The four best players in the U-14 2022 National Women’s and Men’s Rankings have traveled to that posh event that takes place at the legendary Evian Golf Resort (France) representing Spain. And of the four components of the national team, two are Alicante: Martina Navarro (Alenda Golf Club) and Raúl Gómez (Benidorm Golf Club).

Something is being done well in the Golf Federation of the Valencian Community so that two of its players, Martina Navarro and Raúl Gómez, have managed to win the U-14 2022 National Women’s and Men’s Ranking Championship and are summoned to France for this tournament World. Martina and Raúl, who train at the Technification Center of the Municipal School of Elche under the tutelage of the FGCV, form, together with Nagore Martínez (Catalonia) and Arian Rodríguez (Almería), a delegation of guarantees arranged by the Youth Technical Committee ( CTJ) of the RFEG due to its merits contracted throughout the season. No one has given them anything.

The Amundi Evian Juniors Cup, a championship that celebrates its fifteenth edition, is being disputed during this week. In the Spanish Federation there is optimism regarding the contest of the Spaniards. The tournament is faced with optimism and responsibility. Not in vain, Spain is one of the usual cheerleaders of the event. The captaincy falls to Xisca Negre, president of the CTJ, who is assisted by the CTJ member Antonio Gonzálbez and the coach Sergio de Céspedes. We speak of optimism because these four golfers (Martina, Raúl, Nagore and Crian) present a more than remarkable curriculum for their young age. The four young golfers mentioned will try to obtain the third Spanish victory in one of the most attractive junior team tournaments on the calendar. Only the United States, winner six times and returning after a year of absence, has shone more in these years.

The tournament hosts a total of fourteen teams from as many countries around the world made up of four players under the age of 15, who will play three rounds of 18 holes under the stroke play modality (stroke play) on the popular eastern French course. All of them will compete both individually and collectively.

Spain has already achieved two victories in Evian. One of them came in 2008 in the team event with Natalia Escuriola, a FGCV player, in their ranks. In 2016, Spain brought a silver from the hand of the Castellón player José Luis Ballester.

Loading...
Newer Post
Boxing: Floyd Mayweather Jr.: “I hope I can fight Conor McGregor in 2023”
Older Post
who is Cole Beasley, the new star player of the Buccaneers