all drivers have won a Grand Prix 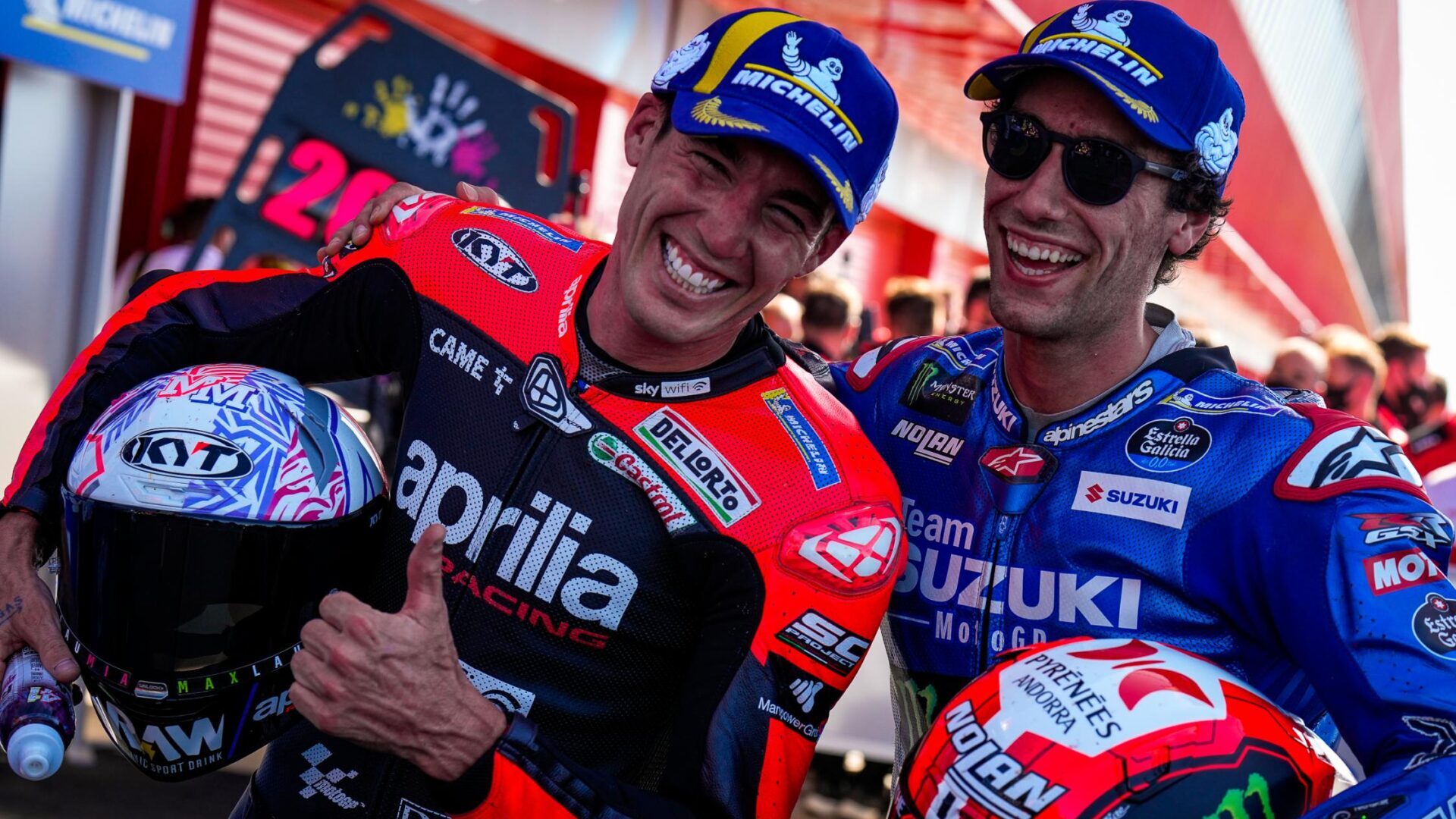 With Aleix Espargaró's victory in the Argentine GP, all MotoGP riders have won at least one race in one of the three world championship categori


With Aleix Espargaró’s victory in the Argentine GP, all MotoGP riders have won at least one race in one of the three world championship categories.

the grill of MotoGP has been in crescendo in the last decade, with high-level riders and the best track record. However, the march of names like Daniel Pedrosa, Jorge Lorenzo and above all, valentino rossihas drastically reduced the number of world titles, as well as the number of total victories; these three pilots accumulated 237 victories and 17 world titles.

If we compare these figures with those of the 2022 grid, we see that the one with the most victories to his credit is Marc Márquez, with 59 wins, more than the rest of the drivers combined, who add another 52. By adding these data, we can see that all the pilots have 111 first places; that is, less than half of those accumulated by the aforementioned trio.

Nevertheless, this season there is a field in which the entry list stands out from other years: all the participating drivers have won at least one Grand Prix in one of the three world championship categories. But to reach this milestone we had to wait a couple of races; specifically, until the Argentine GP.

It was in Termas de Río Hondo where Aleix Espargaró achieved his first victory, thirteen years after his world championship debut. The already veteran In Qatar, Enea Bastianini climbed to the top of the podium, in what was his first victory in the premier class.

Weeks later, at Termas de Río Hondo, Aleix Espargaró achieved his first victory, thirteen years after his world championship debut. The already veteran Catalan driver had not yet been able to redeem himself, being regularly questioned for never having taken 25 points; That is why in Argentina there was no one in the paddock not be happy for him.

Ten winners in the three categories

Of these 22 winners, 10 have managed to win in all three categoriesnamely: 125cc/Moto3, 250cc/Moto2 and MotoGP. In this list we find different names that, with greater or lesser success, have managed to reach MotoGP with GG.PP. to his credit: Andrea Dovizioso, Johann Zarco, Maverick Viñales, Enea Bastianini, Brad Binder, Álex Rins, Pecco Bagnaia, Miguel Oliveira, Jorge Martin and Marc Marquez.

MotoGP – French GP 2022: Casadei dominates from start to finish in the first round of MotoE
MotoGP 2021: Marini beats his brother Rossi in the 100 km of the champions
FIM categories will increase the minimum age of participation
MOTOGP 703

Loading...
Newer Post
Sentiment Cup | Women’s football visits the Pamplona City Council with the aim of consolidating itself in the women’s calendar in the coming years
Older Post
Paul Pierce: “Doncic will win the MVP next season”