All ready for the MMA show ‘Manas’ vs ‘Aztecas’ 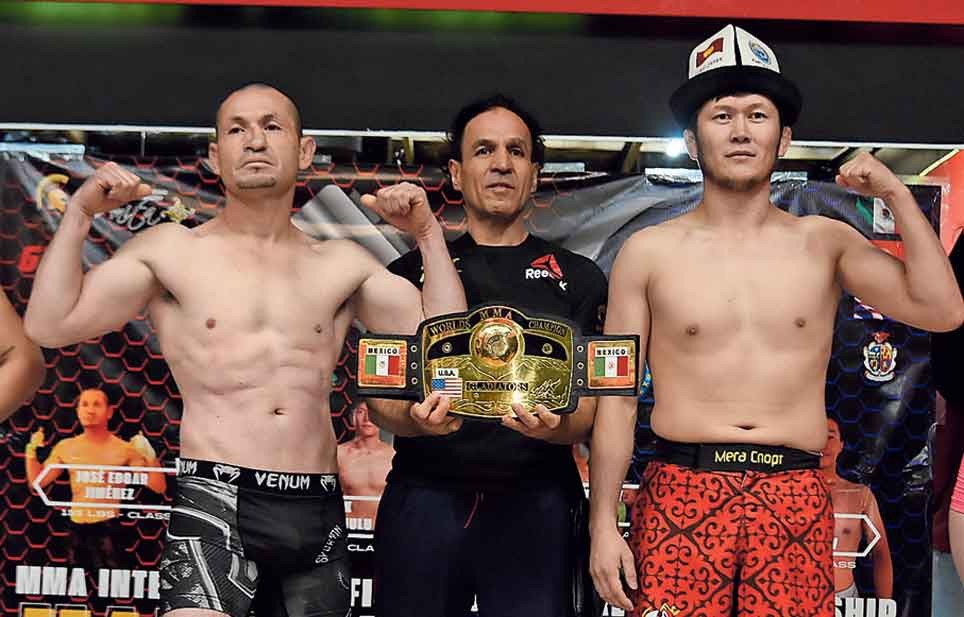 The protagonists of the 'Manas' vs. 'Aztecas' function yesterday overcame their first challeng

The protagonists of the ‘Manas’ vs. ‘Aztecas’ function yesterday overcame their first challenge, with the scale, and are able to go up tonight to the octagon that has been placed in the Anitas Convention Center to offer a night of arts fights mixed martial.

The poster is headlined by two world championship fights, Mexico against Kyrgyzstan, and the show is scheduled to start at 7:00 pm Juárez time.

José Edgar Jiménez from Juarez will test all the skills learned in this discipline to try to overcome Samarbek Sabyrzhan Uulu in a fight agreed at 155 pounds with a world belt in between. Jimenez comes into this fight with a record of 11 wins, nine losses, no draws, while Uulu has a record of four wins, three losses and zero draws.

The second fight that will have a world crown at stake is the one presented in the 145-pound division between Giovanny Meza from Juarez and Sadyr Seyitbekov, also from Kyrgyzstan. The two fighters have a short history in terms of their marks, but behind them there are already many hours of work in the gym, so tonight they will give everything to come out with their hands raised and a world belt on their waist.

Rubén Gallegos, a local fighter, will exchange blows with the Russian Shaiyrbek Rustamov in the 71 kilograms division, while Bryan Urgel will do it with Kumarbek Alaichy Uulu in the 85 kilos.

“Herida”, the ideal Netflix movie for fans of the UFC and action
Kevin Cordero, the Spanish trump card in the Combate Cup
IN SANTO DOMINGO – Tiki Acevedo will fight for the MMA world title
UFC/MMA 1512

Loading...
Newer Post
Qatar World Cup: gas, misery and soccer
Older Post
NBA: The ‘moved’ between Antetokounmpo and the Sixers: a ladder to the ground, a stolen ball and missed free throws