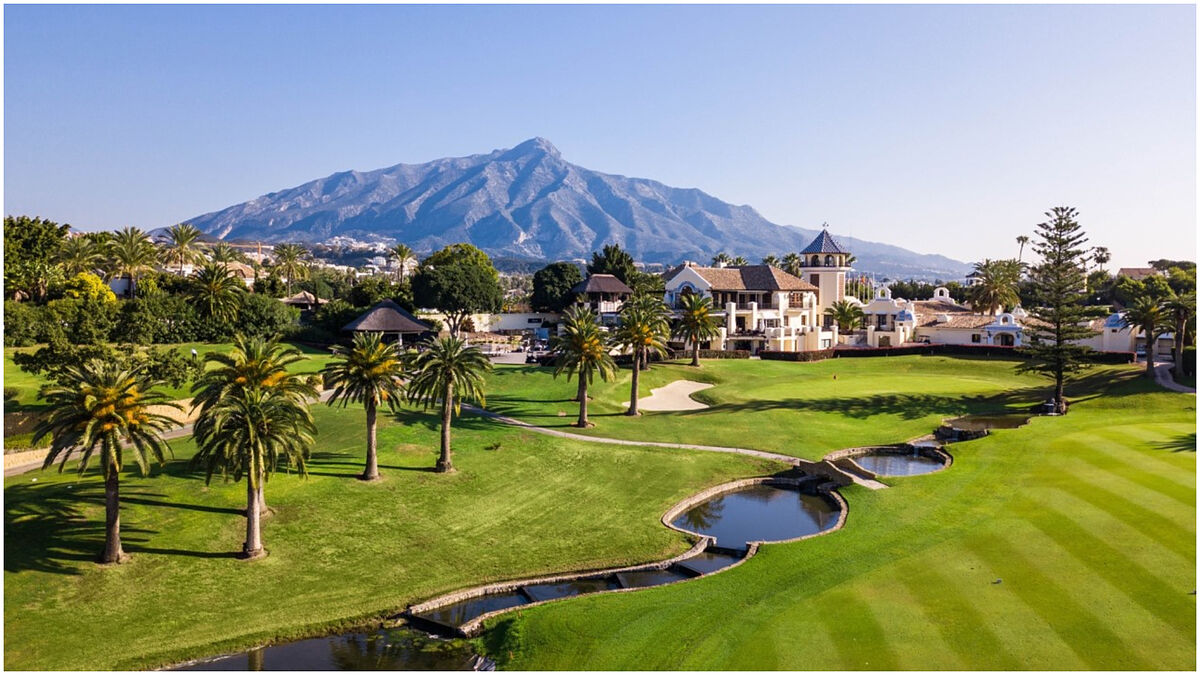 Qeleven days remain until the last round of the Ladies European Tour season begins, a Andaluca Costa del Sol Open de Espaa converted for the second consecutive year as the culmination of the Race to Costa del Sol, the order of merit of this professional women’s circuit.

The chosen venue, Los Naranjos Golf Club, will receive from November 25 to 28 the 64 best players of the LET and eight exceptional guests presenting his best face and with the mission of becoming a fair and demanding judge in this decisive test.

The Naranjos Golf Club was inaugurated in 1977 in a plot previously destined to the growth of orange trees and hence its current name. The designer, the renowned Robert Trent Jones Sr., had in mind the future use of his route to host high-level professional tests like the one that is about to be held, combining beauty, functionality and quality. This field, like all of this designer, it is characterized by its elongated tees and bunkers that are highly visible from the starting tee, with fairways well protected by palm trees and ficus trees whose roots sometimes appear and pose a challenge to the player to put the ball back into play.

It should also be noted the presence of two very different halves on the route. LThe first nine holes have more undulations, They present more risks from the exits and it is vitally important to be well positioned, even at the cost of giving up reaching long distances from the tee. A priori, the second round may seem like a recovery stretch, but nothing could be further from the truth, as the greens are well protected and the flag positions can add spice to any hole.

&#8220;As far as maintenance is concerned, for a tournament of this caliber it is of vital importance to find homogeneity of cuts and to outline the different areas of the course well. Bearing in mind that at Los Naranjos Golf Club we already work with high quality standards, this It is the task that occupies us the most. We have topped and micro-punched the greens in order to make them more consistent and we can also achieve better speeds, &#8220;he explains. Julin Romaguera, general manager of the club, which encourages viewers to spread out over a field that favors the enjoyment of the show. &#8220;Los Naranjos Golf Club is a perfect course for the spectator, since without walking much he can see several holes and, therefore, enjoy different strokes and players. It is possible that more people accumulate in the second round because it is something more flat, but there are holes like five (par 5) where players can reach the green in two and offer a good show. &#8220;

In the development of Los Naranjos Golf Club, the use of recycled water, essential in environmentally sensitive areas, and the presence of Acosol among the institutions and organizations that collaborate in the Andalusian Costa del Sol Open in Spain ensures that the tournament has as its fundamental objectives the protection of the environment and the promotion of sustainability. Committed to the environment, Acosol, the public company of the Commonwealth of Municipalities of the Western Costa del Sol that manages the integral water cycle, is dedicated to collecting, transporting, purifying and regenerating wastewater to offer additional use, a labor basic to preserve water resources.

The irrigation of golf courses with recycled water It is an essential milestone in its initiatives and its implementation in courses such as Los Naranjos Golf Club, home of the Andalusian Costa del Sol Open in Spain, or Finca Cortesn, home of the Solheim Cup 2023, flags its efforts.

&#8220;Continuing with this collaboration in the Andalusian Costa del Sol Open de Espaa Femenino is important for Acosol since we have the opportunity to give visibility to the environmental, resource-saving and economic benefits that the use of reclaimed water in the irrigation of golf courses entails, where we develop a sustainable and optimal service &#8220;, explains Manuel Cardea, executive CEO of Acosol.

&#8220;We have become a benchmark at a European level, irrigating practically all the fields that make up the Western Costa del Sol, and we continue betting on this segment so important for our region. Furthermore, this year the competition will take place at Los Naranjos Golf Club, a course that has all the qualities to offer a great golf show &#8220;, concludes Cardea.

The Andalusian Costa del Sol Open of Spain 2021 It is held at Los Naranjos Golf Club from November 25 to 28 and It is part of the program of the Solheim Cup 2023, an event declared an Event of Exceptional Public Interest (AEIP) and that it provides important tax advantages to participating companies.

The Andalusian Costa del Sol Open of Spain, Last appointment of the Ladies European Tour calendar, has the main sponsorship of Andaluca, Costa del Sol and Acosol, who together with the Marbella City Council, the Benahavs City Council and Reale Seguros, as well as the rest of the collaborators (Eversheds Sutherland, Kyocera, Mahou, PING, Puerto Bans, Vithas, Audi Safamotor and Soln de Cabras) and organizing entities (Sport &#038; Business, Ladies European Tour, Royal Spanish Golf Federation and Royal Andalusian Golf Federation) make this event possible. In addition, Make-A-Wish Spain is the charity that will cooperate with the organization of the tournament.

Loading...
Newer Post
The world of futsal hails the retirement of Ricardinho
Older Post
Tenek embroidery will be shown on the belt of the World Boxing Council