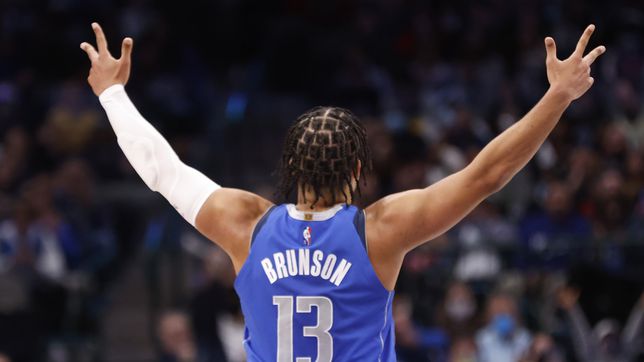 The NBA market is underway and the teams have put all the meat on the grill to get the best free agents, renew and extend the contract of their sta

The NBA market is underway and the teams have put all the meat on the grill to get the best free agents, renew and extend the contract of their stars or get support pieces for their projects and goals. Next, we present all the signings and transfers of the opening of the NBA 2022 market.

-Before the start of the trading period, the Jazz released Juancho Hernangómez. The Spanish forward would otherwise have had his contract (more than 7 million) guaranteed for next season. Now it is also on the market.

– Nikola Jokic signs a maximum contract extension with the Denver Nuggets. It will be 264 million in five seasons.

– Devin Booker signs for four years and 214 million dollars with the Suns and is confirmed as the franchise player of the project.

– Malik Monk leaves the Lakers. He signs a two-year, $19 million deal with the Kings.

– PJ Tucker meets the forecasts and signs for the Sixers at a rate of more than 33 million for three seasons.

– Max for Bradley Beal on the Wizards. It will be 251 million in five years.

– One more year for Victor Oladipo in the Heat. He will collect 11 million dollars.

– DeAndre Jordan will play next year at the Denver Nuggets.

– Isaiah Hartenstein agrees to a $16 million, two-year deal with the New York Knicks.

– 100 million in four years for Anfernee Simons, who will continue to be linked to the Blazers.

– Bobby Portis’ future will continue in Milwaukee. The Bucks give him $49 million over five seasons.

– Danuel House signs a two-year, $8.5 million deal with the Sixers.

– Lu Dort reaches an agreement of more than 87 million in five seasons with the Thunder.

– 30 million in two years for Tyus Jones in the Grizzlies.

– Wesley Matthews will continue one more year in the Bucks.

– Amir Coffey is from the Clippers. 11 million in three years for him.

– Nicolas Batum will continue two more courses in the Clippers.

– More than 35 million for Chris Boucher in the Raptors. It will be in three seasons.

– Trevelin Queen will play for the Sixers.

– Davod Reen signs a two-year deal with the Nuggets.

– Dewayne Dedmon will remain with the Heat. 9 million in two seasons.

– Damian Jones, to the Lakers. It will be a two-year contract.

– Lonnie Walker IV signs with the Lakers for a year and 6.5 million dollars.

– Jae’Sean Tate signs for just over 22 million in three years with the Rockets.

– Nic Claxton will stay with the Nets. Two years and 20 million.

– JaVale McGee, to the Mavericks for three years and just over 20 million dollars.

– Delon Wright agrees to a $16 million, two-year deal with the Wizards.

– Kyle Anderson signs with the Timberwolves. 18 million in two seasons for him.

– The Magic give Gary Harris $26 million over two years.

– Kevin Knox and the Pistons join paths. It will be 6 million in two seasons.

– Anthony Gill agrees to a two-year deal with the Wizards.

– Thaddeus Young signs with the Raptors for 2 years and 16 million dollars.

– Juan Toscano-Anderson signs for the Lakers.

– Jalen Brunson, to the Knicks for four years and 104 million dollars.

– The Thunder sign Mike Muscala to a one-year, $2.5 million deal.

– Karl-Anthony Towns gets the maximum with the Wolves: it will be 224 million in four seasons.

– 193 million in five years for Ja Morant. The figure, according to objectives, could increase to 231 million.

– Gary Payton II will not continue with the Warriors and will sign with the Portland Trail Blazers: three years, $28 million.

– Zach LaVine will continue with the Chicago Bulls for five more seasons for $215.2 million.

-Danilo Gallinari will play for the Boston Celtics for two courses and 13 million dollars.

– Otto Porter will leave the Golden State Warriors for the Toronto Raptors. He signs for two seasons.

– Theo Pinson will join the Dallas Mavericks. He signs for a year.

– Robin Lopez will play with Ricky Rubio on the Cavaliers next season.

– Jusuf Nurkic has extended his contract for four years and $70 million with the Portland Trail Blazers.

– The Boston Celtics and the Indiana Pacers have agreed to have Malcolm Brogdon play next season at TD Garden for Nik Stauskas, Malik Fitts and Juwan Morgan.

– Golden State Warriors tie Kevon Looney for the next three seasons for $25.5 million.

– Rudy Gobert comes to the Timberwolves in exchange for Malik Beasley, Patrick Beverley, Walker Kessler, Jarred Vanderbilt and Leandro Bolmaro, in addition to four first-round draft picks, one of them protected.

– Donte DiVincenzo signs a two-year, $9.3 million deal with the Warriors.

– Jalen Smith agrees to a two-year deal with the Rockets.

– The Suns sign Damion Lee to a one-year deal.