Alonso aspires to the front row 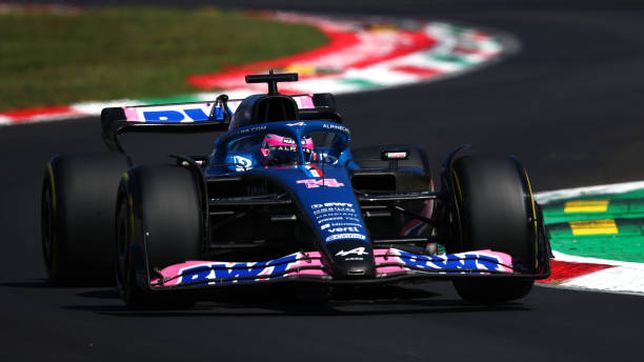 Another grid full of asterisks could take Alonso to the pole positions this Sunday at the start of the Italian GP. The Asturian was fifth in the l

Another grid full of asterisks could take Alonso to the pole positions this Sunday at the start of the Italian GP. The Asturian was fifth in the last free practice sessions at Monza and that would place him second on the grid, because the engine changes flood the weekend. Verstappen commanded, but has five penalty posts for brand new combustion engine. Behind the Dutchman is Leclerc, the only contender for pole this Saturday. And behind, Pérez (+10 places due to engine change) and Sainz (bottom of the grid due to power unit and gearbox). So Fernando’s fifth would result in a first line.

It is Norris and Russell who are the real threats to the Alpine this weekend, because McLaren and Mercedes have brought specific wings to Monza that can play a big part. The Enstone outfit changed Ocon’s engine, which has five other places, so even the second A522 shouldn’t be a problem. Nor Hamilton (bottom of the grid). But there is more: Bottas and Tsunoda are now joined by Magnussen or Mick Schumacher with penalty posts. It will be difficult to prepare the grid with so many conditions, but it seems clear that the two-time Spanish champion will be well placed on it.

Albon, get down with the Williams

For the rest, a medical leave: Albon underwent surgery for appendicitis in Italy and will be replaced at Williams by the Dutchman Nyck de Vries, a Mercedes reserve driver who, curiously enough, completed the first training sessions with Aston Martin. It will be his first Grand Prix in Formula 1. And if he does a good job, it may help him gain a foothold in 2023.