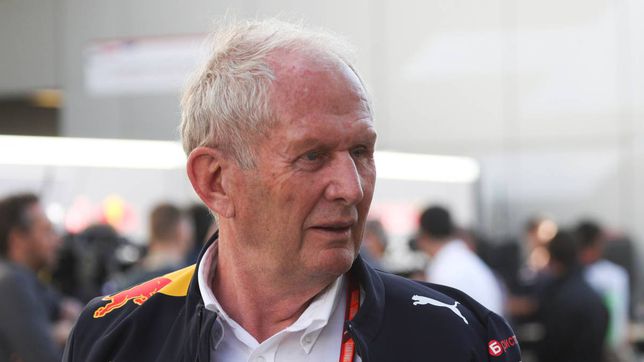 The signing of Fernando Alonso with Aston Martin for the next season and beyond in a multi-year contract, a single day after the Hungarian Grand Pr

The signing of Fernando Alonso with Aston Martin for the next season and beyond in a multi-year contract, a single day after the Hungarian Grand Prix and when almost everything was almost done with Alpine, has shaken the panorama of Formula 1 this summer. The withdrawal of four-time world champion Sebastian Vettel caused a chain movement that now has McLaren, Alpine, Oscar Piastri and Daniel Ricciardo on edge, among others who could enter the card game for having a place on the 2023 grid. .

One of the most authoritative voices in the paddock, the Red Bull team adviser, Helmut Marko (79 years old), spoke about the signing of the man from Oviedo with Aston Martin in an interview with Oe24.at. The Austrian acknowledged that he continues to be surprised by the two-time champion as he is sealing a fantastic season at the age of 41 and with an Alpine that has had many reliability problems. “He is very fast, the races he does are incredible.” The Austrian ex-driver physically sees Alonso as prepared as the rest of the drivers on the track and that if he has a winning car he believes that “as a driver he can still win a grand prize”. Likewise, Marko has been more indecisive about the Asturian’s future at Aston Martin. “The question is whether Aston Martin can offer you a suitable package.” Many people from Red Bull have gone to Silverstone to work in the ‘green team’ but the results this season are very poor, ninth in the constructors’ table. We will see if the renewed illusion with the signing of Alonso improves Aston Martin’s plans for 2023.

Marko has also talked about the distance they have in both championships with Ferrari, although for the Austrian nothing is defined yet. “We still have nine races left, that’s 225 points for nine possible wins plus the sprint and fastest laps. No, no, we can’t really relax yet,” explains the Red Bull adviser. I also talk about the role of Ferrari in recent weeks where many points have been left in their favor. “It’s a bit embarrassing that Ferrari makes so many mistakes. They are below their worth, we really feel sorry for them.” He also does not believe that this distance of 80 points between Leclerc and Verstappen is only because of Ferrari. “When we brought Max into Formula 1 at 17 years old, he was the biggest talent I have ever come across, but he was too impulsive. With the victories, he has gained authority on the track”.

The dog that left the world without Formula 1 for more than a decade
Guanyu Zhou ready to race at the Austrian GP
Which Mexicans can arrive in Formula 1 soon?
FORMULA 1 2360