“Alonso deserves his seat, he is not taking it away from anyone” 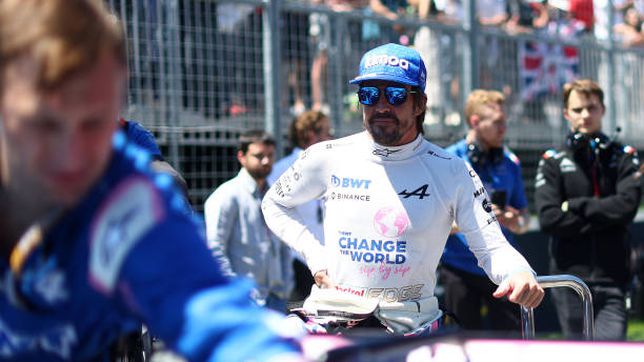 The silly season is gaining more and more strength in the F1 World Championship and that means that rumors are beginning to fly over a paddock that has to decide between giving way to the new generations or keeping its current talent. The quarries are full of applicants, among which Oscar Piastri stands out, the Australian jewel of Alpine who threatens a line-up which, except for surprise, will continue intact in the French structure in 2023.

Alpine’s move involves placing the Australian in Williams and, despite having talked about the possibility of turning Piastri into Alonso’s replacement, the reality inside the French garage is far from that possibility. Despite having nothing to do with the activities that take place in Enstone, Nico Rosberg defines very well in Sky F1 what the situation of the two-time champion in the World Cup is: “Alonso drives in an impressive way, nobody should suggest that he is taking away seat someone. He deserves the seat that he is in.”

The last demonstration of the Spaniard, which did not leave anyone indifferent within Alpine, came at the last Canadian GP with a lower single-seater that managed to rise to second position. So should such a talent hang up his helmet? For Rosberg the answer is clear: “The way he is driving is super spectacular. It is loved by fans all over the world and is a great value for Alpine. There are other female drivers in Formula 1 who should leave room for someone like Piastri.”

The German champion moves the focus away from the Asturian and although he prefers not to point out the candidates who, in his opinion, should abandon the F1 ship, the praise for Fernando does not end. “In terms of talent and skills, he is one of the best of all time,” says Rosberg, despite the fact that the Spanish’s track record is not up to his abilities: “He lacked that social competence and had difficulty being in the best teams with the best cars. They didn’t love him anymore because he burned some bridges in the past. That was one of the weaknesses of him.”

In the case of Alonso, the strengths have prevailed over those weaknesses that Rosberg talks about, who confesses to being a “fan” of the Asturian after a return to the Great Circus where the bad luck that separated the Asturian from the podium in Canada left him “very disappointed” to the German champion, it was only the reflection of what his season is being. Although for Nico “Alpine also made a mistake, it wasn’t just bad luck”, since “with all those virtual safety cars, they could have put him in the pit lane like Ferrari. It was horrible to see him go backwards.”

Lewis Hamilton practiced skydiving ahead of the Australian Grand Prix
This is how the F1 2022 steering wheels are one by one
Who is Nikita Mazepin, the Formula 1 driver who visited CU?
FORMULA 1 1980