“Alonso does not need another engine” 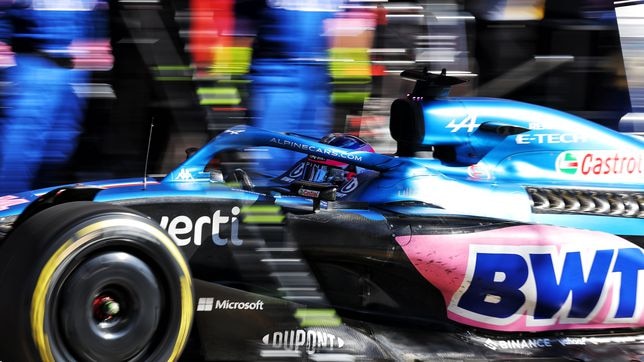 Last weekend was a downer for Alpine, because they had very high expectations for Monza after its good performance in other high-speed circuits lik

Last weekend was a downer for Alpine, because they had very high expectations for Monza after its good performance in other high-speed circuits like Baku, Silverstone or Spa. But the Italian track is different, the efficiency on the straights is just as important as the traction coming out of the corners, when those other layouts are rather fluid. And the A522 left with the abandonment of Alonso, who aspired to the seventh or eighth, but could not with Norris’s McLaren; and an eleventh of Ocon somewhat striking. Zero points.

Alan Permane, chief track engineer for the Enstone team, considers it “one hundred percent an isolated event”. “We struggled in qualifying, both drivers made mistakes and that’s not usual. We didn’t have the pace we had on Friday afternoon, when Fernando was on the medium tire. The car was fantastic, it was fast, we were doing 1:26 laps on a full tank of gas. But in the race in some laps there was oversteer; in others, understeer, it was not a drama, we could be with Norris. But he came and went. We would have finished right behind him, we weren’t doing too bad either.”

The Briton assures that they detected a water leak in Alonso’s engine, and that is why he abandoned, but it had nothing to do with the Asturian’s comments about the lack of power on the straights: “Nothing, everything worked”. AS asks Permane, why did Ocon change the engine again at Monza after Spa, and why not with Alonso? “Fernando doesn’t need more engines. And strategically it can be beneficial for Esteban. It was a strategic decision that will help us in the next races. Fernando does not have few engines, I do not rule out a change of power unit, but it is not planned for now”.

Alpine will have a new floor for the A522 at the Singapore GP (November 2), which will be the last great evolution that the French team incorporates this season. “We have a new floor in Singapore and that will give us more downforce.” It will be a complicated grand prix for everyone, with heat and humidity. It has not been visited since 2019: “Physically, it will be difficult (Singapore). It’s hot and it’s a long race. It hasn’t been played for years so it will be even harder and more physical”. Although Alonso and Ocon have not competed there since the previous year, because in the last edition one was out of Formula 1 and the other was a Mercedes reserve.

BWT Alpine F1 Team begins a new chapter in Formula 1 by revealing the new A522
Australian GP F1 2022: Checo Prez and Red Bull, to give a blow of authority against Ferrari in Australia
Ayuso embraces Formula 1 at Jarama, the circuit with which he can take the race from Catalonia
FORMULA 1 2410