“Alonso made us feel idiots” 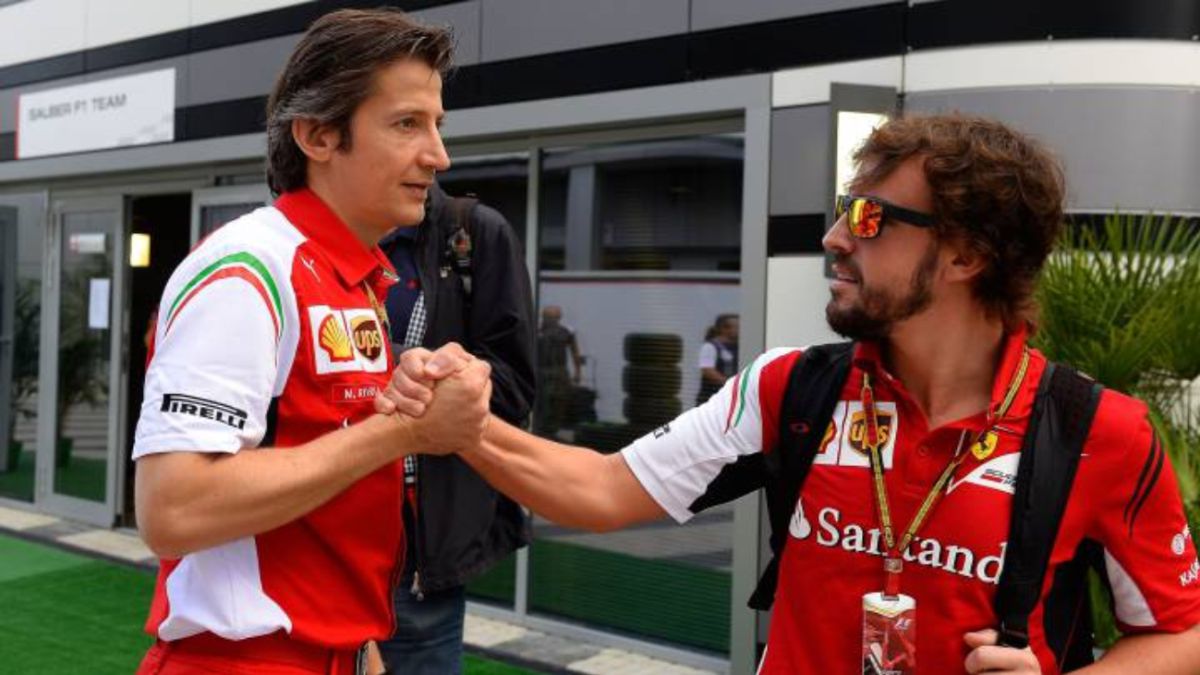 Massimo Rivola he left much of his life behind with an unusual change at the time, which allowed him to abandon his F1 adventure to start a new ra

Massimo Rivola he left much of his life behind with an unusual change at the time, which allowed him to abandon his F1 adventure to start a new race in MotoGP. The former sports director of Ferrari and current CEO of Aprilia’s racing department in MotoGP, began his journey in big circus as a marketing member of Minardi in 1998. During that time had his first contact with a Fernando Alonso who made his debut in the team and after going through Toro Rosso as sports director, the Italian he was reunited with the Spaniard who had already become a two-time champion, in the ranks of the Scuderia.

Both coincided in Maranello during the entire stage that Fernando lived as a pilot (2010-2014), despite the fact that Rivola arrived two years before the Asturian to the team. And while he could have been just another driver on the list, Alonso was one of those who left a mark thanks to an ability to read races that did not leave the Italian indifferent as he recognizes in Il Foglio: “I’ve never seen anyone read a race like he did. Sometime literally made us feel like idiots on the pit wall, since he knew everything.

The words of the former Ferrari boss suggest that the Spaniard was not only focused on driving, but also on looking for a perfect strategy that could have changed history a lot at the end of 2010: “We we had in front of many monitors with data, but often he came to some conclusions before us. And that was also doing his job on the car.”

Despite the fact that the World Cup resisted him, the work of the team and the talent of Fernando They allowed him to go down in the history of the ‘Scuderia’ with eleven wins. The Spaniard left being the second Spaniard to compete in a race with Ferrari and just one year ago, Sainz raised that figure to three in a season where he finished as the best in Maranello, despite the confidence the team had in Leclerc. What did not surprise a Rivola, who always believed in him: “Carlos’s good performances do not surprise me. For a long time I recommended signing him. He has always been very strong, he is fast and intelligent“.

Formula 1: the tragedy behind Enzo and Dino Ferrari, the men who give the circuit its name
Cem Bolukbasi: the ‘Gamer’ who is one step away from reaching Formula 1
Who is Nikita Mazepin, the Formula 1 driver who visited CU?
FORMULA 1 1971