Alonso: “The goal is to win” 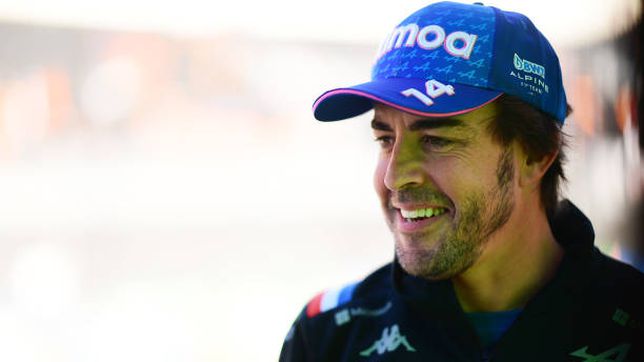 Fernando Alonso always wants more. This weekend he can equal Kimi Raikkonen as the driver with the most races, and he has signed a further two yea

Alonso: “The goal is to win”

Fernando Alonso always wants more. This weekend he can equal Kimi Raikkonen as the driver with the most races, and he has signed a further two years with Aston Martin. But his objective is not to run the maximum possible grand prizes, but to win them. Despite being 41 years old, the two-time world champion still has the same ambition as always.

“The goal is to win. I have been very lucky to have tasted it in the past and to have had the tools to fight and win championships”, Alonso said in an Instagram direct through the Finetwork account. The Asturian affirms that this is the reason (or one of them) for the change to Aston Martin: “Now we are fighting for the top 5 or 6. I don’t think there is much difference with the others, either you win or you don’t. I want a competitive car, hence the switch to Aston Martin next year. I hope I have victory 33 with them”.

The English team is penultimate in the constructors’ championship, but that hasn’t made Alonso lose confidence: “I’m confident we’ll do a good job. They have all the necessary resources, investment and talent. They have signed number 1 engineers from Red Bull and Mercedes. This year they have started badly, but that sometimes gives you that spark of wanting to change quickly. We are going to try to turn the situation around”.

The situation that has not changed is his relationship with the Alpine team, as the two-time champion himself states: “The current relationship is ideal. It has been and will be my family, what we achieve together will be part of our history. It’s an extraordinary group of people.” On the 14th, despite leaving Enstone, he hopes to get a podium before he ends his contract: “It’s closer than other years, but you need the help of the cars in front. We are sixth or seventh, and if there is a touch in any race, we will be there. At least we will have the opportunity in one”.

Alonso positively values ​​his return to Formula 1, although he admits that it was difficult at first: “I’m happy with my second stage. There is always a risk when you are out for two years, because you may not adapt to cars. He had examples like Kimi and Michael. The first 5 races of last year I was not comfortable at all”. However, this season he hasn’t had those kinds of problems: “This year I’m fine in every race. I feel strong, in the assessments after the race I’m always third or fourth”. The two-time champion acknowledges that this year he will end up satisfied, despite “having lost 40 or 50 points due to mechanical problems at the beginning of the year.” Alonso has scored points for ten consecutive races, his best streak since he returned to Formula 1. But, although it may be surprising, he affirms that the year in which he finished the most satisfied in terms of driving was 2012, because he arrived in Brazil “thinking that It was normal to lose the World Cup by going behind with an inferior car”.

Alonso acknowledges that he is enjoying himself, because he always has fun “with a steering wheel in his hands” and affirms that all the drivers are more relaxed with this “Formula 1 more open than 15 years ago with Ecclestone”. Speaking of pilots, the one from Alpine acknowledges that Carlos Sainz “is the one he gets along with the best”, but that he also has a great relationship with Verstappen, with whom he even shares a plane on occasion, as Alonso himself says.

Minute by minute of the Formula 1 Grand Prix at Silverstone: the fight between Ferrari and Red Bull
Who has won the Formula 1 French Grand Prix? The list of all winners
GP Miami F1 2022: The Miami GP throws a party with Formula 1 drivers
FORMULA 1 2417

Loading...
Newer Post
Schedule and where to see all the matches of the second day
Older Post
The Madrid derby returns in football with a lot of morbidity